Funny letter says what many Aussies think: We EARNED the pension 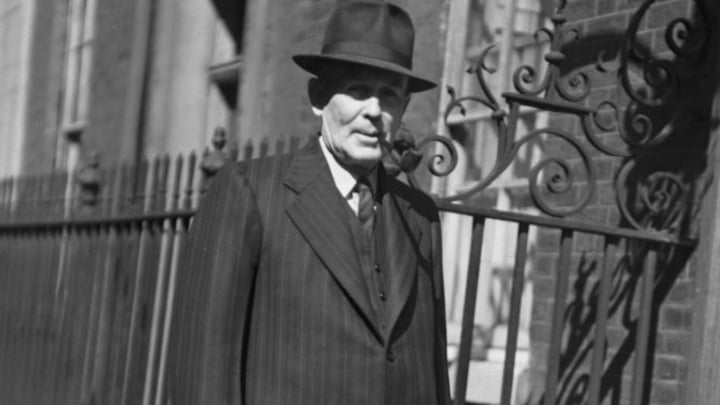 Ben Chifley, who went on to become Australia's prime minister, introduced a tax increase in the guise of a welfare levy. Source: Getty

A funny Letter to the Editor in the Echo local newspapers in northern New South Wales will ring true to many Starts at 60 readers.

Michael McDonald of Wilsons Creek writes that the reporting restrictions around the Age Pension are somewhat onerous, and he sees it as an attempt by the government to get out of paying the retirement benefit rightfully earned by hard-working Australians.

“Among the reporting obligations for the age pensioner in Australia are to let Centrelink know when you are going overseas, even on holiday, just in case they are able to void the social contract the government made with you when you were a young lad in the 1970s and starting to pay tax, unaware that most of it would go to concentration camps for refugees on Pacific islands, and to advise them when you are sent to prison or committed to an institution,” McDonald says.

“We all know that when one is banged up at Her Majesty’s Pleasure at a cost to the taxpayer far greater than your pension the first thought is, ‘Gosh, now that I’ve slain the prom queen on that lonely road on the outskirts of town, I must notify Centrelink of my change in circumstances’, or ‘Once I’ve finished smearing faeces on this wall I must upload my 200-page analysis of why rabbits are persecuting me to my.gov.au.’

“It takes special minds to write government policy that manages to skirt around reality almost entirely.”

He is, of course, being tongue-in-cheek, but his comment underlines a long-held source of bitterness that many pensioners feel toward the government – that the Age Pension is not a ‘benefit’, but an income owed to people who paid an additional tax in order to be supported in their retirement.

That’s because back in 1943, then-treasurer Ben Chifley introduced a separate National Welfare Fund, funded by a tax increase even on low-income workers, that would pay social security in retirement, as well as in times of ill-health and unemployment. In truth, the tax increase was required because the government was spending a lot of money on World War II but didn’t want to break its ‘no tax increases’ promise, so had to disguise the increase as a ‘welfare levy’.

That fund was folded into general revenue by the Menzies Government in the 1950s, but the memory of it, the payments made into it, and the tax increase that was never revoked even after the fund itself was scrapped haven’t faded.

As Chris Berg pointed out in an opinion piece for the ABC in 2014, “Welfare measures like the pension feel a lot less like unjustifiable entitlements to those who believe they’ve already paid for state retirement benefits”, which is exactly the point McDonald is making. Aussie workers paid, and are still paying (through the never-revoked tax increase), for their pensions.

Do you remember the National Welfare Fund? Do you resent the Age Pension being portrayed as a ‘benefit’?