Read this before you decide to go guarantor for your child 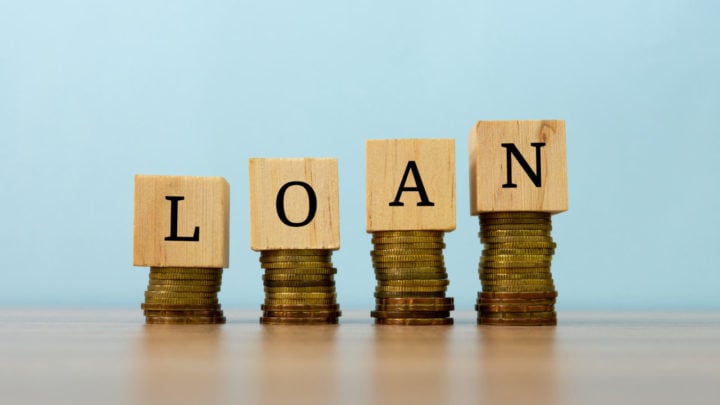 Many parents sign on as guarantor to help their kids purchase property. But is it a smart financial move? Source: Getty

As property prices continue to rise, the government’s new First Home Loan Deposit Scheme has been a welcome initiative to help first-time buyers get into the market sooner. The scheme only requires a deposit size of less than 20 per cent of the property purchase price and removes the added cost of Lender’s Mortgage Insurance (LMI).

But there are other ways for first home buyers to realise their homeownership dreams if they don’t have a sizeable deposit. Many are turning to their parents to act as a guarantor on their loan in order to get into the market before property prices rise even further, with a smaller deposit and still avoid paying the costly LMI.

Signing on as a guarantor means you are providing your own property as security for your child’s loan. But is it as simple as signing the dotted line? And what do you need to consider beforehand? Apparently, there’s a lot, according to finance expert Steve Mickenbecker from Canstar, who advises parents who might be considering acting as guarantor for their children to consider a few important things before going ahead with the important decision.

Know what you’re getting into

“When you’re getting into a loan like this, it really is just to supplement the amount of equity that the borrower has in the property,” Mickenbecker said. “You should be saying that you’re prepared to cover a certain percentage of the loan, which covers a low deposit situation, but you shouldn’t be giving a guarantee for the full amount of the loan.”

Once your child has secured enough equity in their property, you can request to be released from the loan before it is repaid in full.

“The average loan term these days is 30 years and you shouldn’t be having a guarantee that lasts for 30 years, it should end when the loan gets to a level that’s pre-agreed,” Mickenbecker said.

You, of course, need to understand that if the loan is not repaid, you’re up for your part of that – you keep the repayments going.

Get real about your child’s situation. Do they have the capacity to make repayments? Is their income steady enough?

“You’ve got to allow for the fact that one day interest rates will go up and the repayments will increase, so do they have the capacity to repay?” Mickenbecker said. “You shouldn’t be giving a guarantee that’s meant to bolster the loan application because their ability to repay is in doubt – that’s not what a guarantee is about. It’s about bumping up the equity in the property so that the bank is adequately secured when the default on repayments.”

He also stressed that it’s important to make sure you trust that they will take responsibility for the loan and not miss repayments simply because they know mum and dad will pick up the slack.

Mickenbecker stressed that it’s important to know your financial situation before going ahead with anything. Once you’ve committed a portion of your property to be used as a security against your child’s loan, you’re liable for that potion until the equity in your child’s property reaches the required loan to value ratio. If your child defaults on their home loan repayments then you as the guarantor will be liable for the repayments. If you can’t cough up the cash keep in mind that you may lose your home, in a worst-case scenario.

“If there is a default and you’re required to take over repayments, or bank has taken recovery action, what will happen to your financial situation?” he said. “Will you be in a position to actually absorb that loss without causing yourself severe financial stress? Will you end up homeless because you’ve had to repay your children’s loan?

“Just because you’re giving a guarantee doesn’t mean you should be exposing yourself to the risk of financial failure,” he said. “You need to have capacity other than the fact that you just happen to own a house.”

What’s better — lending them money for a deposit or going guarantor?

While Mickenbecker believes it’s really the cleaner arrangement, lending or gifting your children money to cover a deposit isn’t necessarily the smarter arrangement, noting that most people don’t have a spare $40,000 – $50,000 floating around the lend their children.

“The reality is that some people can’t afford that,” he said.

“You also want to get ahead with your finances, and you want to have investments that will grow for your retirement, so it’s not necessarily the best use of your money. If you can do help them out via guarantee and have ticked all the boxes above, then you’re preserving your own capital.”

Have you helped your children secure a home loan?