Older, NOT out! The biggest myths about older Aussies busted 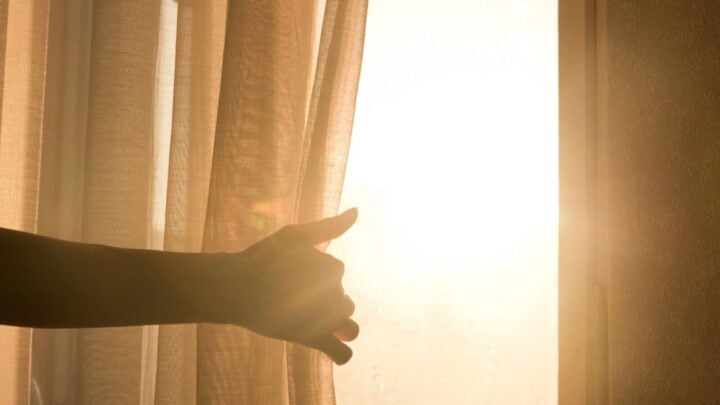 It's time to pull back the curtain on what it's really like being an older Australian. Source: Getty.

Older people. Retirees. Boomers. They can’t keep up with new technology. They no longer contribute to the workforce. They spend most of their time at home drinking tea and thinking about funeral insurance, or perhaps their next caravan holiday.

For most mature-aged Australians, this picture doesn’t fit with their experiences at all.

Over-50s make up 27 per cent of Australia’s population, according to the Australian Bureau of Statistics. It is a rapidly growing age group; by the year 2050, the number of people aged 65 to 84 is expected to double. This demographic has a wealth of life experience and plenty more to offer.

And yet our society continues to be biased against mature aged individuals, with whole industries – beauty and fashion to name just two – built around the idea that ageing is a bad thing. Modern Australia prefers to hide older people away in retirement villages, rather than consider how important they can be to society as a whole.

Let’s break down some of the myths around older people and look at how Australians are ageing well.

Still working, and not just for the money

Older Australians are wealthier than their age bracket has ever been. People over 50 account for 50 per cent of private wealth in Australia, and 46 per cent of disposable income, according to a study by WPP AUNZ’s research agency Lightspeed. Over-50s are better off than the rest of the Australian population, and more willing to spend on luxury items and experiences.

It’s clear that many older Australians don’t need to be working anymore. Despite this, plenty are putting off retirement or embracing more flexible arrangements that keep them in the workforce longer. It’s not necessarily for the income – many older people decide to keep working for the social engagement and stimulation. As a study from the Centre for Workplace Excellence at the University of South Australia found, unless older people are putting in very long hours or are in stressful conditions, work helps to keep people healthy for longer.

The benefits of hiring older employees are well documented. They are generally considered to be more reliable, skilled, and experienced than their younger counterparts. Contrary to popular belief, older employees take fewer sick days. And they’re also generous with their time, offering to mentor young colleagues and share their wealth of knowledge with others.

Olderworkers.com.au is a job board for over-45s to connect with employers wanting to tap into the skills of mature aged workers. In 2019, it reported a 39 per cent rise in the number of people aged over 65 looking for full-time work.

Others are taking on different opportunities. The Lightspeed study found that one third of Australian start-ups are founded by over-55s, challenging the stereotype of the young entrepreneur. People over 50 are also more likely to be self-employed than other Australians. Although some older people are embracing the freedom of retirement, many others are making the choice to continue working.

Eager consumers ignored by the market

Older Australians are not being prioritised by typical marketing strategies, and it shows. Lightspeed found that 94 per cent dislike the way brands, organisations and marketers communicate with them. Most companies are missing out on a large and influential sector of the market.

When you see older people on television ads, they’re most likely spruiking retirement homes or life insurance policies. But older Australians have a huge amount of purchasing power that companies are failing to target. Recent Nielsen data shows that over-50s purchase 64 per cent of cars and 50 per cent of alcohol. Mature Australians are also avid holidaymakers, making up 55 per cent of the money spent on travel.

They’re not ‘stuck in their ways’ either. Older people are more than happy to shop around for a good deal and are not tied to brand loyalty as is often perceived. The Lightspeed study found that 89 per cent of over-50s are open to trying new brands, and 79 per cent have moved on from brands that are no longer fulfilling or meaningful to them.

Over-60s may not be ‘digital natives’ like their grandchildren’s generation, but that doesn’t mean they’re technical luddites either. Many older Australians are embracing the possibilities of technology, from smart phones to internet shopping to online gaming.

The Lightspeed study found that over-50s spend an average of 27 hours per week online – that’s two hours longer than Millennials or Generation X. Many are confident using different devices, eager to learn new things and will utilise technology to keep in touch with friends, family and loved ones.

The majority also use the internet for shopping, with 77 per cent regularly researching and buying products online. Far from being technophobic, this generation of Australians embraces technology and recognises the benefits it can offer.

Active, exercising – and not slowing down

More than previous generations, today’s older Australians are prioritising their health and fitness. They’re active in organisations, communities and even sporting teams. They’re conscious of their health and they factor diet and exercise into their everyday existence.

This overall wellness helps to keep mature aged people feeling younger. The Lightspeed study found that 78 per cent of over-50s felt much younger than their age. Private Healthcare Australia estimates there are 2.7 million Australians aged over 55 who are deemed ‘best risk’ by private health fund insurers.

Confident, self-assured and looking to the future

Society may perceive older Australians as not having much to offer, but that is not the way they perceive themselves.

Most older Australians are happy, healthy and living life to the fullest. They’re excited about a future that includes decades of active, interesting opportunities, and they don’t feel encumbered by their age or intimidated by the possibilities of change. The Lightspeed study noted that 61 per cent of people surveyed stated they are living the best years of their life.

That doesn’t mean they’re happy about the way the media portrays them though. Older Australians report frustration at the ways that over-60s are perceived, and 73 per cent say they don’t dress or look like stereotypical age representations. They present themselves in as many different and interesting ways as younger people, confident in their ability to express themselves.

The cohort of older people is far more diverse than could be imagined, but most have one thing in common: they’re happier and more comfortable in their skin than they’ve ever been.

Do you think older Australians are unfairly represented? Do you feel like you've still got plenty to offer?