The biggest superannuation fairy tale: ‘I need $1 million to retire’ 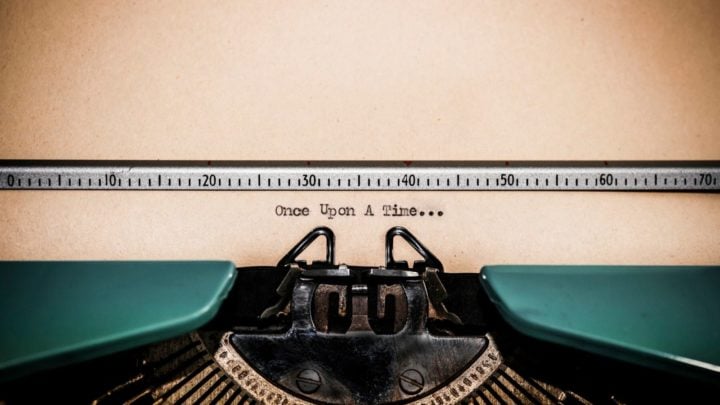 Don’t let one of the most popular retirement fairy stories put you off setting your retirement date.

Let’s kick off with a fairy tale.

Once upon a time, there was a place with no Age Pension and no Medicare. Interest rates were 0 per cent and returns from other investments were so low retirees could only count on getting about 2 per cent a year. Things were so tough, the average Baby Boomer needed to have stashed away more than $1 million just to make ends meet in retirement.

None of that’s true in Australia, of course (although interest rates are indeed getting close to 0 per cent). But you’ve probably read an article or seen a serious-looking financial commentator on the television making the claim that you should have a $1 million superannuation balance before you even consider leaving the workforce for good.

The truth is, you don’t need a million bucks to retire. Having that much money in super might be nice but plenty of people do just fine with far less and that’s due to the way the Australian retirement income system is set up.

Being able to retire in Australia isn’t as much about having a specific sum in your super account as it is about finding the best way to create an income from the super you do have, and making that income work with the Age Pension in order to fund your retirement.

But first, let’s check the facts.

The facts on superannuation balances

According to the Australian Taxation Office (ATO), the 100 biggest self-managed super funds (SMSFs) in the country control $7.9 billion in wealth. That’s an average of $79 million per fund. Given most SMSFs have two members, it’s pretty obvious some Aussies have well over $1 million in super.

Back in the real world, the average super balance is a lot lower.

The Association of Superannuation Funds of Australia (ASFA), which represents the superannuation industry, reports that the average super balance for men coming up to retirement is around $336,000. For women – yes, there’s still a big gender gap when it comes to super outcomes – the average is around $277,000.

Without  turning this story into a maths lesson, those ASFA numbers are what’s called the ‘mean’, an average of all super balances. That means they’re distorted by the accounts held by people with $10 million, $50 million or even $100 million in super.

To find out where the typical Aussie is in terms of super, you need to look at the ‘median’ balance, which is the point where half have more and half have less. Those numbers are much more telling about the real financial situation of Australians as they approach retirement.

Many Baby Boomers never had the opportunity to build a sizeable super balance, and for women, who tended to spend longer out of the workforce while they raised children or cared for their own parents, it was usually even harder to amass a significant sum.

But low or even non-existent super balances don’t stop Australians from retiring – either by choice or because they’re unable to continue working. And even if you haven’t been able to save a stack for your retirement, you can still have a decent lifestyle, due to the way the Australian retirement income system is structured.

Retirement incomes in the real world

The Age Pension has been around for more than a century, and according to Industry Super Australia Chief Executive Bernie Dean, it’s still the mainstay for most retirees.

“Around two-thirds of Australians over the age of 65 receive the Age Pension,” Dean says.

The number of self-funded retirees is growing, ASFA says, with 43 per cent of retirees expected to be completely self-sufficient by 2023, up from 22 per cent in 2000. But that doesn’t mean there’s any threat to the pension; imagine the electoral backlash from four million over-60s if the government said they couldn’t have a pension anymore!

“Super was always designed as a supplement to the Age Pension, not a replacement,” Dean says. “Even a modest super balance can create a retirement income stream as a tax-effective way of boosting the Age Pension and providing a better standard of living.”

Income streams, such as account-based pensions, are offered by all Industry SuperFunds, who charge lower fees and have historically offered better returns than bank-owned retail super funds on average.

“An account-based pension can be a great way of smoothing out your investment returns,” Dean says. “Because you draw a fixed amount each year and the fund’s earnings are reinvested, there’s the potential for your savings to continue to grow”.

If you’re not familiar with account-based pensions, we have a quick guide to using one to get the most out of your Age Pension.

Unlike the interest you receive on money in the bank or returns you make on investments outside super, income from an account-based pension is usually tax-free. As an added bonus, the earnings of your account usually aren’t taxed either.

It sounds smart to keep your super in an account-based pension but you may be worried your balance is just too low to make it worthwhile. Not so. Dean says there’s no need to take a lump sum when you retire, even if you don’t have a huge super balance.

“By transferring your super savings to an account-based pension with an Industry SuperFund, your money will keep on working hard for you,” Dean explains. “And if you’re not sure of the best strategy for your situation, your Industry SuperFund can provide you with financial advice.”

Dean says some Industry SuperFunds can help you start a retirement income stream with as little as $10,000.

If you’re retiring without a million, an account-based pension could be just what you need. To find an Industry SuperFund, look out for the symbol.

Do you know what super balance is ‘enough to retire’ for you?