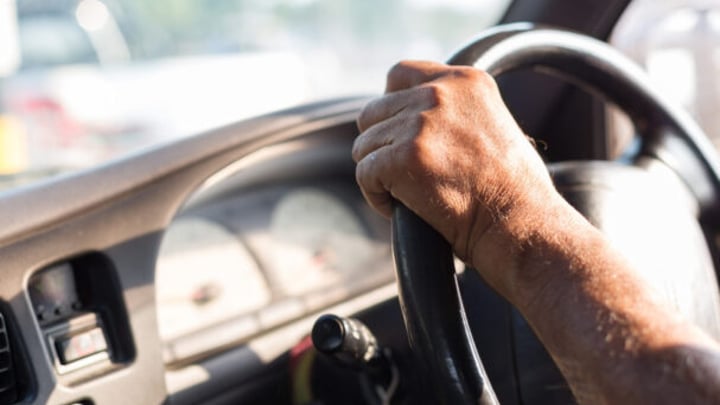 Self-managed care is all about being in the driver's seat and steering your home care in the right direction according to reports. Source: Getty.

The prospect of organising home care for yourself or a loved one can be intimidating if you haven’t experienced the My Aged Care system of government subsides and packages. As such, home care users often opt for the home care provider with the most familiar name, one that their hospital recommends or simply the one that operates in their local area.

But new research that compared the differences between self-directed home care and provider-managed home care shed an interesting light on how impactful the type and style of care chosen could be on the user’s feeling that they’re being well cared-for AND getting the most out of their government subsidy.

It then compared the responses to those from a previous survey of users of provider-managed home care.

When most Australians receive a home care package from My Aged Care, which is designed to subsidise the cost of the care they need to continue living independently in their own home, they contract a single home care provider to provide that care.

The provider collaborates with the care user to work out which care is required and how much it will cost, and handles the distribution of the user’s home care package to cover those costs. The provider takes responsibility for finding suitable carers and scheduling their visits, and the user pays an administration fee to cover this management of their care.

Self-directed care, however, allows the user to decide independently what care they require and how much they are willing to pay, and permits them to select individual providers for different types of care or support. The user’s home care package is ‘hosted’ by an approved home care provider – there are online platforms that provide this hosting facility at a low cost – and the user directs how the funds are spent by selecting individual care or support works on a site such as Mable.

Self-directed care can mean users are able to increase the amount of care they receive from their home care package because they don’t have to pay admin fees of the scale typically charged by home care providers, which have in the past been as high as 35 per cent of the total funding provided for care.

What the research found

The key findings from Dr Russell’s research were that older Australians who used self-directed care packages were more satisfied with both the care they received and the what they paid for it, because they felt they had “genuine choice and control” over who worked in their home, when they worked, what they did and how much they were paid.

This in turn improved the quality of life for users through a renewed feeling of empowerment and independence they felt they had over their own lives again, the research found. As one participant in the survey said: “Self-management has lifted the burden of being a client, being this person who is given care, to where I’m now taking control of my care”.

Dr Russell said that being an active decision-maker in the care process allowed users to develop better relationships with their hand-selected support workers, which in turn meant that users were less likely to feel that a stranger was entering their home. (Self-directed care users typically communicate directly with their care and support workers to negotiate rates, hours and work loads, as well as to arrange visits.)

“Rather than one support worker who did numerous tasks, participants could engage support workers such as cleaners, gardeners, qualified carers, an experienced cook and someone with whom they were compatible, who spoke their language and had similar interests,” Dr Russell said. “It is paramount that home care incorporates both medical and social models of care – both are equally relevant to living a good life.”

One participant in the study said this level of consistency made it much easier for her mother, who uses a self-managed care program.

“The quality of life for Mum is fantastic because she has somebody who knows her through and through,” the respondent said. “Because I’ve now had the same carers here a long time. So that’s a real security thing for Mum and the relationship is really great.”

The research findings were in line those of the national consumer body for older Australians, the Council on the Ageing (COTA), which ran a government-funded self-management project from 2017 to 2019. The project partnered with around 100 home care providers to test a self-management model with the aim of better understanding how more self-directed care could be introduced into the home care system.

During this project, COTA argued that self-management gave both consumers and carers more control, shared authority, direct payments and ability to choose who worked for them. COTA also did a literature review for the project, and concluded that all but one study found that self-managed programs resulted in better overall outcomes for users.

The literature review found the majority of home care users enjoyed being able to decide what support to purchase, having a wider range of options for support and being able to have direct communication rather than working through a case manager (as is the norm when using a single home care provider). On the flip side, however, a minority missed having a case manager to troubleshoot issues for them.

Would you prefer provider-managed or self-managed care for your own care or that of a loved one?