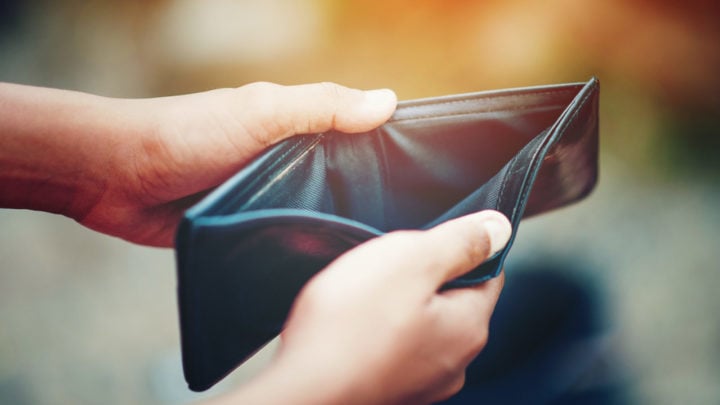 A leading professor said that younger people will be hit hardest by the shutdown and bear the burden of the drop in economic activity. Source: Getty

From the outset, we’ve been told that those over 60 are at greater risk of contracting and dying from Covid-19. But as strict measures were put in place to protect those most vulnerable, what’s becoming more evident is that it could lead to even greater intergenerational inequality.

That is the belief of a leading professor from the Australian National University’s tax institute, who says the brunt of the coronavirus shutdown will fall more heavily on young people.

Professor Robert Breunig said that while the forced lockdown that was put in place to stop the spread of the coronavirus will mostly benefit older members of the population, it’s important to recognise that it’s younger people who will be hit hardest by the shutdown and “bear the burden of the drop in economic activity”.

Professor Breunig said that while he recognises that it’s not that older people don’t feel the brunt, it falls more heavily on young people for a number of reasons.

“If you think about who is losing jobs in the pandemic, it’s young people,” he told Starts at 60.  “They are more likely to work in casual positions or in the retail and hospitality sector that have been heavily hit.”

He noted that job losses will have long-term repercussions for young people, who will no longer be accumulating that experience to put them on the trajectory to earn higher wages in the future.

“We know from international and Australian research that if you enter the labour market as a young person during an economic downturn, it takes you about ten years to catch up to where you would have been,” he said. “So, people who graduate from university this year can expect to take ten years to catch up to where they would’ve been if they had graduated two years ago. So that’s a big hit for young people.”

He proposed reforms, including an increase to GST, a switch from stamp duty on the transfer of properties to a land tax, a flat capital gains tax of 6 per cent across assets, and introducing an asset test for the Age Pension which included the family home.

“What I worry about in Australia is that we don’t do a very good job of taxing the increasing wealth that comes from these government policies,” he said. “We end up with asset price inflation that helps some people and not others and we don’t tax that inflation. We don’t have capital gains on occupied housing, we let people hold owner-occupier housing and don’t hold those assets against the Age Pension. We also don’t have a land tax.

“Most other countries would have at least a couple of those kind of taxes. Australia is very unusual in the very generous treatment we give to assets and then we combine that with a superannuation system where retirement income is tax-free. So we have older Australians who have quite a [lot] of assets who have good income flows but on paper, they have zero income and are therefore paying zero taxes.”

“Let’s have a 6 per cent tax on everything you make on your savings,” he said. “And then we wouldn’t have this phenomenon in Australia where everybody puts a lot of money in housing and then it would free up money to put into the economy.”

Do you agree with his proposed reforms?