Wine-lovers rejoice! There’s a $6 Aldi wine on offer and Aussies are hooked 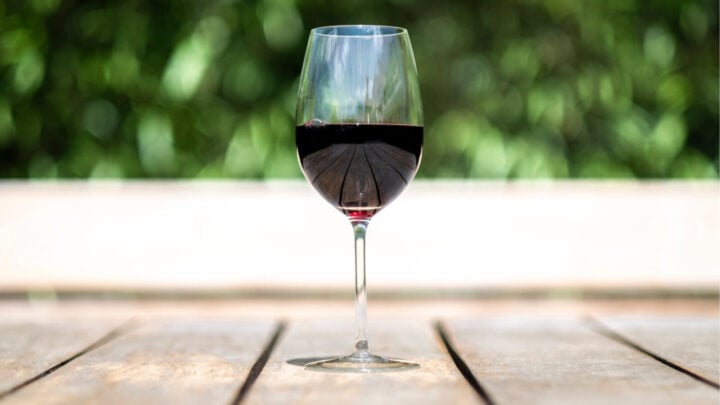 At just $6 you'd think it would taste gross, but Aussies are loving it! Source: Getty

There’s no denying Aussies love good wine — and who can blame them, Australia is home to some of the best wines in the world, from the renowned Barossa Valley in the south to Margaret River in the west.

But, it seems those award-winning wineries have another competitor on the market, with wine-lovers raving about a very cheap, yet delicious option available for purchase at none other than the popular chain store Aldi. The shiraz named “Small Talk” will set you back just $6 and even “wine snobs” are raving about it — so it must be good!

It was brought into the spotlight recently by an Aussie woman who took to social media to share her excellent review of the wine. Posting to popular Facebook group Aldi Mums she admitted she’s “hooked” and even compared it to the well-known Penfolds wines.

“I’m a total red wine sob, Penfolds come at me!” she wrote on Facebook. “My friend got me into this and for $6 for a one litre bottle, seriously get out of town, I’m hooked! Highly recommend guys.”

But, she’s not the only one who has given it top ratings, with tonnes of excellent reviews on wine reviews website Vivino. Some have described it as being “sensational value”, while others say it’s “very easy to drink”.

“Wow, not bad for $6. Very easy to drink, nothing sinister, pleasant straight out of the bottle and a nice aftertaste,” one person commented.

While another said: “Very pleasantly surprised… at $6 per one litre bottle at Aldi… it’s a winner.” And a third added: “A delicious shiraz, subtle and balanced. Very good for $6!”

The tasty wine comes from south eastern Australia and according to Aldi Australia is the perfect accompaniment to beef sausages, so it might be time to get that barbecue going! It’s also described as being soft and juicy with “enough body and richness that you will enjoy my company and my Small Talk!”

So, the next time you want to enjoy a nice wine, but don’t want to spend big, Aldi is the place to go!

Meanwhile, Aldi Australia is also making waves in other areas of business. On Wednesday it was announced that the supermarket is set to be the first in Australia to power all stores and warehouses with 100 per cent renewable electricity.

Currently, Aldi is the 64th biggest user of electricity in Australia, but by the end of 2020 the supermarket will be preventing 41,000 tonnes of carbon emissions from entering the atmosphere every year. This is the equivalent of taking 11,700 cars off the road each year of generating enough electricity to power 7,000 average Australian homes.

“Research shows Australians want to make greener choices at the checkout, but worry that these often come with a premium price tag,” Adrian Christie, customer interactions director at Aldi Australia said. “Aldi Australia’s renewable energy commitments mean that Aldi shoppers can buy with confidence at the lowest price – we’re committed to saving our customers money on every shop, while also doing our bit for the environment.”

Are you a wine drinker? Have you tried the Aldi wine?