The simple trick to keeping your home clutter-free 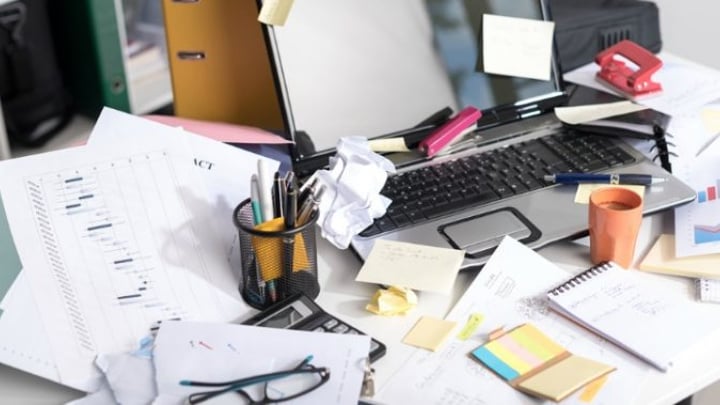 Almost every house has one space where the clutter accumulates.

According to the Stuff Happens survey by The Australia Institute, 88 per cent of Australian residents admit to having “at least one cluttered room in the house”, and more than a quarter admit to leaving boxes unpacked for more than six months after moving house.

One of the major sources of clutter is described as “bought clutter”, which is usually made up of recently-acquired impulse purchases such as clothes, fashion accessories and books that we will rarely – or never – use.

Of course, rarely using an item is not the same as having unwanted items in the house. Often times, clutter can spring from an emotional attachment to an item or a desire to keep it safe and protected.

Gary Douglas, an internationally-renowned personal development speaker and author, and the founder of Access Consciousness, once purchased a $9,000 jacket in Hong Kong. It’s his most prized possession, and the most expensive piece of clothing he’s ever owned.

“I love it. It’s exquisite and I wear it once in a while because I can’t stand that I might wear it out,” Douglas says.

As an avid collector of fine art and antiques, Douglas understands the temptation to savour expensive or rare items; however, he has come to believe it’s counterintuitive to keep one’s most prized possessions locked away for weeks or months at a time, waiting for a “special occasion” to arise.

The secret is to stop believing that everything has to be preserved perfectly rather than enjoyed.

“What are you waiting for? If you’ve got it, use it or get rid of it. Your life could end tomorrow; if you wake up in the morning, it’s a special occasion,” Douglas says.

Douglas has three top tips for dealing with unused items:

First, take an inventory of everything you own – including those unpacked boxes you keep meaning to get to – and decide how you really feel about it. If you’re really not going to use something then donate it to charity, gift it to someone who’ll appreciate it more than you can, or sell the item for some extra cash.

Second, make each day special by using or wearing at least one thing you’d usually save for special occasions.

Third, enjoy the best of everything. Wine, dinner, material possessions – buy the best you can afford, but remember to savour it and create an enjoyable experience, rather than moving quickly on to the next disposable thing.

Do you have a designated “clutter zone” in your house?