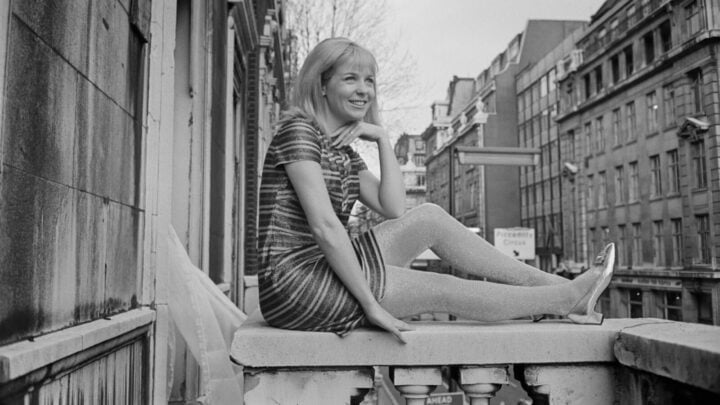 Prior to the 1960s, the fashion industry had been focused on the mature woman, and models were typically more mature as well. Young women and teens weren’t an area that was really catered to, but this began to change in the mid-’60s, with a huge swing towards the youth market. This was the time of Britain’s ‘Beatlemania’, Mary Quant, Biba, Carnaby Street and Twiggy.

Here in Australia, designer Prue Acton dived straight into this new movement, producing fun, bright designs that young girls and women loved to wear. Acton’s name is not generally known to the younger generation these days, but she was one of the first designers to cater to the youth market in the 1960s, and was the first Australian designer to break into the international market.

Acton described herself as “an artist who chooses to work in the field of fashion”. She originally intended to become a professional artist (painter), and this side to her is evident in the bright colours and bold prints she used. She completed a Diploma of Art (Majoring in Textiles) at RMIT in 1962 and set up her own fashion business with the help of her family in 1963 in Flinders Lane, Melbourne.

Described by the press in 1964 as “Australia’s Mary Quant”, Acton and her team regularly travelled to Europe to keep up with the latest styles by Quant, Courrèges and other Mod fashion designers of the 1960s. Her signature looks included A-line shift dresses, hipster skirts, culottes, mini coats, Peter Pan collars, pretty prints, bold colours and “connotations of cute, modern, school/business girl sexuality”.

In the early ’70s, Acton launched a line of underwear, swimwear and accessories, as well as cosmetics and perfumes, to help create the Prue Acton “Total Look”.

In the September 1970 edition of Women’s Day magazine, Acton was described as part of a new wave of designers who “established herself as Australia’s leading celebrity designer, in the process converting her young girls’ fashion label into a national and international brand enterprise with an annual turnover of [then] around $6 million”.

Acton closed her business in the early 1990s and now Museums Victoria has a comprehensive collection of her works. Designs from her heyday – 1964-1972 – are highly collectible. Occasionally, I am lucky enough to find some of her pieces.

Today, aged 77, Acton describes herself as “a professional artist and colourist” and runs colour and design courses through RMIT University. She lives in Daylesford, Victoria.

Here she is talking about her 1960s fashion designs:

Do you remember Prue Acton? Did you have any of her clothes or accessories?