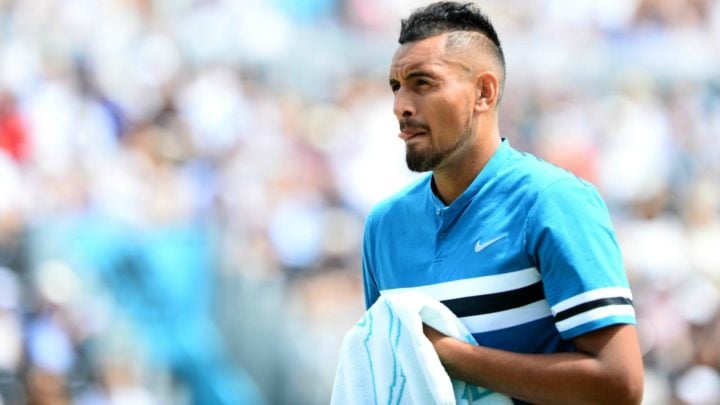 The 24-year-old crashed out of The Championships last Thursday after being beaten by Rafael Nadal. Source: Getty

Nick Kyrgios is renowned for his ‘bad boy’ behaviour, and now the controversial tennis star has been handed two fines for unsportsmanlike conduct during his failed Wimbledon campaign.

Meanwhile, tennis favourite Serena Williams has also been hit with a hefty fine of $US10,000 for damaging one of the Wimbledon courts with her racquet during a practice session.

It comes after Aussie tennis star Bernard Tomic was fined £45,000 (AU$81,000) last week after he crashed out of Wimbledon in one of the shortest matches in history .

Wimbledon made the choice not to grant Tomic his first round prize money of $81,00o, the tournament confirmed in a statement.