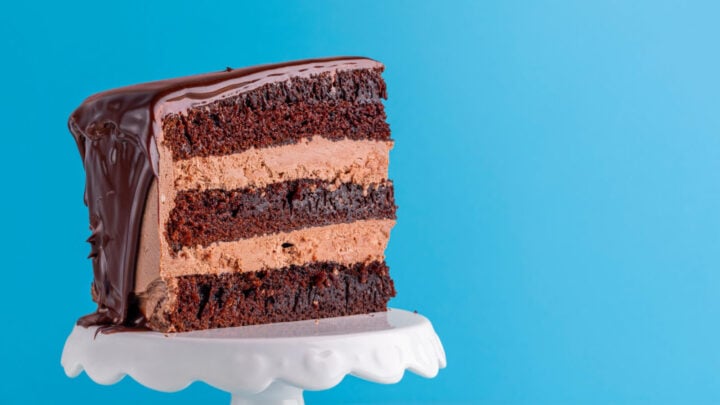 One husband has taken his bad eating habits a step too far. Source: Getty

An angry wife has taken to the internet to air her relationship grievances, and it’s her “gluttonous” husband who’s in the firing line over his bad eating habits.

The woman took to commenting forum Reddit to share her story, asking readers if she was being unreasonable for getting mad at her husband for greedily eating the majority of the food in their house and never saving any for her.

The woman goes on to say she was raised in a home where she was taught to ask before finishing things, as opposed to her husband who lives by the maxim “food is meant to be eaten, not saved”. The woman has told her husband that he has “zero consideration”, while he argues he shouldn’t have to “ask permission to eat”.

“So this has been an ongoing issue our entire relationship. I was raised in a house where it was not ok to be a glutton. I had to ask if I wanted to finish something off (milk, snacks, etc) to make sure no one else wanted any,” the woman explains.

“It was [beat] into my head that I had to have manners and be considerate of others and I grew up always trying to be a halfway decent human.

“My husband on the other hand was allowed to eat whatever he wanted whenever he wanted and labors (sic) under the idea that ‘food is meant to be eaten, not saved’.”

The woman says the issue is causing “massive fights” in their relationship as she feels his greed is inconsiderate,  particularly because she’s the one who cooks the meal, and often gets the smallest serving. She says all she wants from him, is for him to consider her before “devouring” the food.

“I will cook a huge meal for us and get maybe a small helping and then he will literally eat every last bit of what is left … never once asking if I wanted some of the leftovers,” she wrote. “In addition when I go shopping and buy things like juice, crackers, snacks he will DEVOUR them in the span of a day and a half, leaving none for me.”

The wife says she’s brought the issue up multiple times but always gets the same response, that “food is meant to be eaten,” and even accuses her of “having issues with food”. He allegedly says they “can just buy more”.

“I tried to tell him that it is rude to just eat everything without so much and giving me the courtesy of saying ‘hey do you want some,’ and that eating all the groceries the minute I bring them home is absolutely unacceptable and ridiculously rude.

“I do all the shopping and all the cooking… he does clean up… but I rarely get to even taste what I cook if I don’t eat it the second it is made.”

The post has over 400 comments, and it seems the woman is far from alone, with others sharing their own horrifying stories of “inconsiderate” hungry husbands with many suggesting the only solution is labelled food and locked cupboards.

One woman explained she had to get a fridge lockbox, just to keep her significant other (SO) from eating her food. She wrote, “I can’t believe having to do that at home with my SO. The first few times I talked about him not eating my food he kept on doing it, he stopped after a few times of me crying in frustrated hunger because he ate all the food and the few things special I bought for me.”

While others were just outraged at the mans “selfish” and “greedy” actions.

“Yep she doesn’t have food issues. He’s just greedy and selfish. She needs to invest in a locked box for her own snacks. Time to treat him like the gluttonous, uncontrolled adolescent he is behaving like,” one user commented.

“Not only are you not getting through to him – he’s not even trying to understand where you’re coming from. He doesn’t even acknowledge that this is an issue — so just stop buying him food, or hide it, and see if he stops and takes a minute to acknowledge your point then,” another wrote.

What's your partner's worst habit? How do you think this woman should handle this issue?