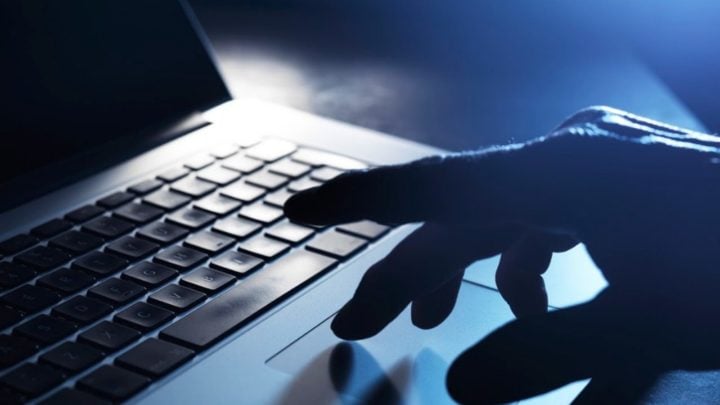 There are several warning signs to watch out for when chatting online. Source: Getty.

Many people will feel safe saying “it will never happen to me” when it comes to online romance scams, but the reality is more and more people are falling for the cruel cons and losing huge amounts of their life savings in the process.

Aussie woman Jan Marshall, 65, was no different and ended up losing a staggering $260,000 after falling in love with a man online – unaware he was actually a sophisticated scammer lying to her from the very start.

Now left penniless, Jan has done extensive research into romance scams as well as setting up her own website and speaking to many others who have suffered a similar fate – pinpointing a “known pattern” of red flags that she, and others, fell for along the way.

Speaking exclusively to Starts at 60, Jan has revealed some top signs to look out for – warning Aussies to stay alert throughout their internet exchanges to avoid suffering the same heartbreak as her.

Jan warned that one of the main warning signs is “someone who tries to get you off the dating site quickly”, explaining: “Within a couple of days they’ll have an excuse like, ‘It’s easier to chat by email’.”

She explained that it happened to her and it meant that further down the line, when she began to get suspicious that she was being lied to, she couldn’t go back to his profile to check some of his previous details as it had quickly been deleted.

“It also means the dating website can’t monitor them or their IP address,” she added.

Inconsistencies on their dating profile

It’s hugely important to spend some time looking at the dating profile to check for any inconsistencies such as age or job.

For Jan, it was a “mix up” with his age, but it could also be an obvious lack of writing skills. She explained: “If somebody is saying they’re an engineer, they usually need to be a literate person who is clever enough to have gone through university and written essays.

“But if they then start writing in a way that indicates some illiteracy or shortcuts, that’s indicating they’re not who they say they are.”

Offering advice, she said: “Ask them constant questions. But it’s important to know they will have a good background story. That’s their skill, they’re skilled at background stories and giving the right answers.

“If you ask them too intensely, they’ll usually make an excuse like, ‘I’ve got an appointment right now I can’t talk any further, I’ll talk to you about that later’. Look out for those excuses.”

A major red flag for Jan, looking back now, was how quickly her romance escalated from the moment she began chatting to her scammer online. In fact, she’d had a marriage proposal within just 72 days and was completely swept off her feet. It’s something she calls “love bombing”.

“They start to profess more and more interest and love at an early stage, when they really can’t know you well,” she explained. “Unfortunately it’s intoxicating when someone says, ‘I only want to talk to you, I think you’re special, I think we’re destined to be together, I’ve been waiting all my life to find you’.

“Most people would respond to that level of attention, because it’s the dream that we’re taught. The romance and love dream. We’re taught to think that there’s only one true love for us, and they play on that.”

Excuses to avoid using a webcam

While there are a series of everyday signs to look out for, Jan said there’s one “sure indicator that they’re a scammer” and that’s them refusing to appear via webcam to talk to you.

“If they are trying to connect with you by webcam then suddenly their webcam won’t work,” she said. “Again, they’ll have a good excuse like they’re not getting good enough reception, or the camera’s broken.”

While she never saw him, Jan did speak to her scammer over the phone on several occasions and noticed he had an unusual accent. However, while she raised questions about it, she said: “Their back story will provide a reason for that.”

She added. “People say to me, ‘How could you be so stupid, you’ve never met them’, but for us in the scam we believe we have met them. These people are so skilled at building up a level of intimacy.

“When things are well and truly established, they will engage in cyber-sex also. That then provides more of a commitment.”

Another simple way to cover yourself when chatting online is to check their photos are the real deal, and not copied from another website.

“I had four photos of the man I was speaking to, but if you look online for the photos of my scammer, there are about 20 available online,” Jan said. “I think you should be doing reverse Google searches on the photos, but scammers are getting clued on this too, so it’s not fool-proof.”

A firm warning sign is an early request for money, before you’ve met the person you’re communicating with online. Realistically, few people would ask for a huge sum of your savings before you’ve grown to truly trust them, and certainly not before the two of you have met.

“In a lot of cases, they’ll present themselves as a person who has a lot of money but can’t access it for some reason,” Jan said. “They will tell you they’ll repay you with interest.”

“Listen to your family and friends”

Sending a strong message to others using internet dating sites, Jan urged people to listen to their friends and families’ views. As outsiders, they’re more likely to notice a scam early on.

“At that point you’re so infatuated that you’ll start talking to you friends and family about it. And they’re going to say be careful and warn you it’s a scam. You need to listen to them,” she insisted.

“What the scammer will say is, ‘I don’t want your emotions to be impacted by others, they will never understand what we’ve got’. They will try and get the victim to push away friends and family.”

Have you, or anyone you know, fallen for a romance scam like these?