Lisa Curry over the moon with happy news 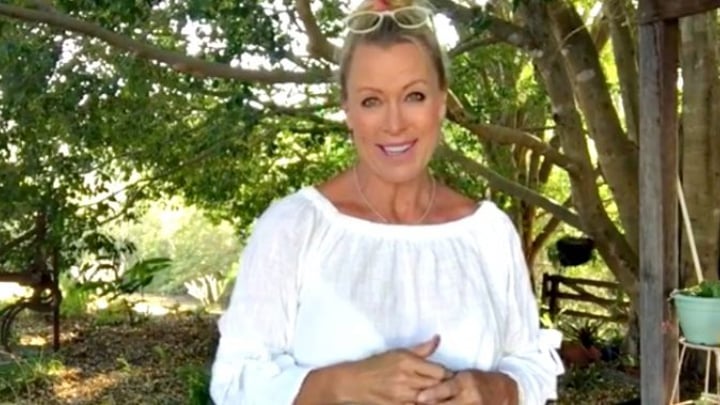 Lisa Curry has won gold, silver, and bronze medals for her swimming, but the former Aussie Olympian has exciting news we can all relate to.

“It is with so much JOY & EXCITEMENT to announce that our beautiful daughter Morgan and hubby Ryan are having a BABY!! This kid is going to be spoilt rotten. Hooray!”

I'm going to be a GRANMA!!!!! 😊😊 It is with so much JOY & EXCITEMENT to announce that our beautiful daughter Morgan and hubby Ryan are having a BABY!! This kid is going to be spoilt rotten👶🏻 Hooray! @morgangruell @morgan__kenny @ghk63 @gruells Aunty @jaimileekenny Uncle @jhetkenny @mark66andrew

Morgan is one of her three children from former husband, fellow Olympian, Grant Kenny. The pair went their own ways in 2009 and Curry announced her engagement to entertainer Mark Tabone, age 50, in 2016.

There’s been rumours they tied the knot while on holiday in Fiji earlier this year, not long after Kenny finally signed divorce papers, but so far Curry has denied it. Pointing to a band on her ring finger while appearing on The Morning Show Curry said it something her children had given her.

The couple did buy a home on the Sunshine Coast this year, forking out $1.125 million for a 26ha property near Maleny. They also own a property nearby.

Since retiring from competing, Curry has made a few returns back to our television screens. In 2011 it was on The Celebrity Apprentice Australia. Then earlier this year she was on I’m a Celebrity … Get Me Out of Here!

She’s also been busy promoting her KiSS 10 week weight-loss program. Curry had heart surgery in 2008, with a defibrillators fitted to fix her irregular heartbeat.

How well do you remember the time you found out you were going to be a grandparent?