Three hilarious jokes about writing letters to loved ones 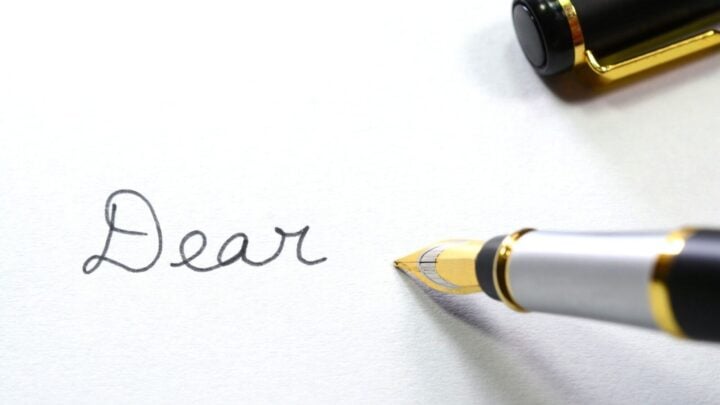 Have a laugh on us! Source: Getty.

An old man wrote to his son in prison

An old man lived alone. He wanted to dig his potato garden, but it was very hard work. His only son, Jesse, who used to help him, was in prison, so the old man wrote a letter to his son and described his predicament.

“Dear Jesse, I am feeling pretty bad because it looks like I won’t be able to plant my potato garden this year. I’m just getting too old to be digging up a garden plot. If you were here, all my troubles would be over. I know you would dig the plot for me. Love Dad.”

A few days later he received a letter from his son. It read: “Dear Dad, for heaven’s sake, don’t dig up that garden. That’s where I buried the bodies! Love Jesse.”

At 4 am the next morning, the federal police and local police showed up and dug up the entire area without finding any bodies. They apologised to the old man and left. The same day the old man received another letter from his son.

“Dear Dad, go ahead and plant the potatoes now. It’s the best I could do under the circumstances. Love Jesse.”

The soldier was serving overseas and was far from home. He was annoyed and upset when his girl wrote breaking off their engagement. She added insult to the injury by asking for her photograph back.

He collected from his friends all of the unwanted photographs of women that he could find, bundled them all together and sent them to her with a letter: “Jane, Regret I can not remember which one is you … please keep your photo and return the others. John.”

A father found a letter from his son

A father passing by his son’s bedroom was astonished to see the bed was nicely made and everything was picked up. Then, he saw an envelope, propped up prominently on the pillow.
It was addressed to the dad. Nervously, he opened the envelope and read the letter.

“Dear Dad, it is with great regret and sorrow that I’m writing you. I had to elope with my new girlfriend, because I wanted to avoid a scene with Mum and you. I’ve been finding real passion with Stacy.

“She is so nice, but I knew you would not approve of her because of all her piercing’s, tattoos, her tight Motorcycle clothes, and because she is so much older than I am.
But it’s not only the passion, Dad.

“She’s pregnant. Stacy said that we will be very happy. She owns a trailer in the woods, and has a stack of firewood for the whole winter. We share a dream of having many more children.

“Stacy has opened my eyes to the fact that marijuana doesn’t really hurt anyone. We’ll be growing it for ourselves and trading it with the other people in the commune.

“Don’t worry Dad, I’m 15, and I know how to take care of myself. Someday, I’m sure we’ll be back to visit so you can get to know your many grandchildren. Love, your son, Joshua.”

The note concluded: “P.S. Dad, none of the above is true. I’m over at Jason’s house. I just wanted to remind you that there are worse things in life than the school report that’s on the kitchen table. Call when it is safe for me to come home.”