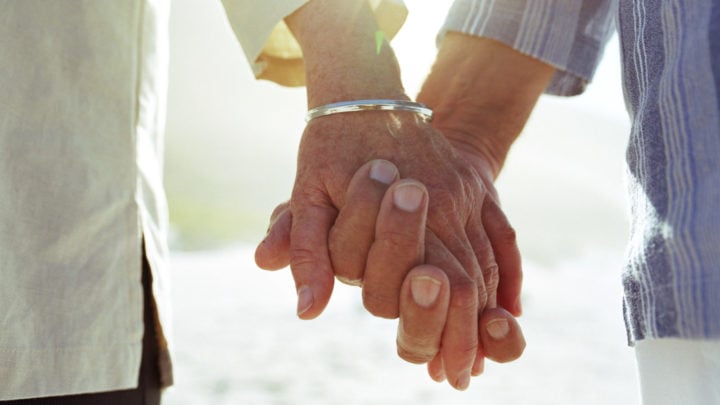 Next morning, he was troubled as he wondered: "Did she say 'yes' or did she say 'no'?" Source: Getty.

Two elderly people lived in the same care home. He was a widower and she a widow. They had known one another for a number of years. One evening there was a community supper in the big activity centre. The two were at the same table, across from one another. As the meal went on, he made a few admiring glances at her and finally gathered up his courage to ask her: “Will you marry me?”

After a dramatic pause and a few seconds of careful consideration, she answered: “Yes. Yes, I will.”

The meal ended and, after a few more pleasant exchanges, they went to their respective places.

Next morning, he was troubled as he wondered: “Did she say ‘yes’ or did she say ‘no’?”

He couldn’t remember. Not even a faint memory. With trepidation, he went to the telephone and called her.

First, he explained to her that he didn’t remember as well as he used to. Then he reviewed the lovely evening past. As he gained a little more courage, he then inquired of her: “When I asked if you would marry me, did you say ‘Yes’ or did you say ‘No’?”

He was delighted to hear her say: “Why, I said, ‘Yes, yes I will’ and I meant it with all my heart.”

Then she continued: “And I am so glad that you called, because I couldn’t remember who had asked me.”

Sherlock Holmes and Dr. Watson go on a camping trip, set up their tent, and fall asleep.

Some hours later, Holmes wakes his faithful friend and says: “Watson, look up at the sky and tell me what you see.”

“What does that tell you?”

Holmes is silent for a moment, then speaks: “Watson, you idiot, someone has stolen our tent.”

Two guys were out hiking when they came upon an old, abandoned mine shaft. Curious about its depth they threw in a pebble and waited for the sound of it striking the bottom, but they heard nothing.

They went and got a bigger rock, threw it in and waited. Still nothing.

They searched the area for something larger and came upon a railroad tie. With great difficulty, the two men carried it to the opening and threw it in. While waiting for it to hit the bottom, a goat suddenly darted between them and leapt into the hole!

The guys were still standing there with astonished looks upon their faces from the actions of the goat when a man walked up to them. He asked them if they had seen a goat anywhere in the area and they said that one had just jumped into the mine shaft in front of them! The man replied: “Oh no. That couldn’t be my goat, mine was tied to a railroad tie.”