Daily Joke: Two law graduates are up for the top position at a firm 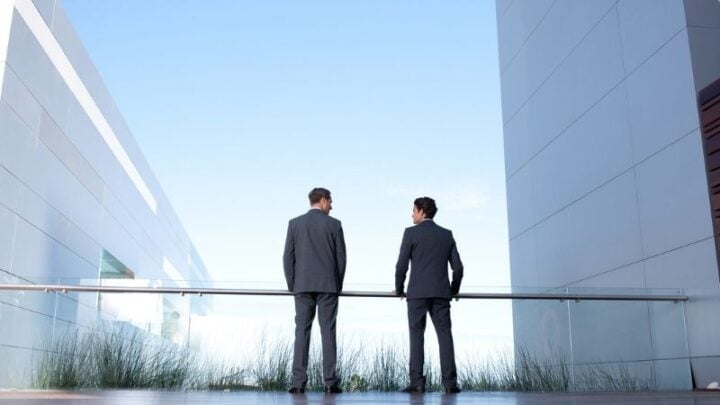 There was a job opening at the country’s most prestigious law firm and it finally came down to Robert and Paul. Both graduated top of their class at law school, were intelligent and well spoken. It was up to the senior partner to choose one, so he took each aside and asked: “Why did you become a lawyer?”

“I don’t understand why I was rejected. When Mr. Armstrong asked me why I became a lawyer, I said that I had the greatest respect for the law, that I’d lay down my life for the Constitution and that all I wanted was to do right by my clients. What in the world did you tell him?”

“I said I became a lawyer because of my hands,” Robert replies.

“Your hands? What do you mean?”

“Well, I took a look one day and there wasn’t any money in either of them!”

As he stood at the bar for the first time with his son the proud father said: “Now is as good a time to talk about some of the facts of life. Remember, a man that drinks beyond his capacity is no gentleman. To enjoy life you must observe a happy medium. Have a drink occasionally, but never, never, never get drunk.”

“Yes sir,” replied his dutiful son. “But how am I to know when I am drunk?”

“Well, you see those two men over there in the corner?” said the father. “If you were to see four men, you’d know you were drunk.”

“Dad, let me have the keys,” grinned the son. “There’s only one guy over there.”

The local clergy were holding signs to the traffic

A local priest and pastor stood by the side of the road holding up a sign that said: “The End is Near! Turn yourself around now before it’s too late!” They planned to hold up the sign to each passing car.

“Leave us alone, will you!” yelled the first driver as he sped by.

From around the curve they heard a big splash.

“Do you think,” said one clergy to the other. “We should just put up a sign that says ‘bridge out’ instead?”