Daily Joke: Ron owned a large farm with a pond out back 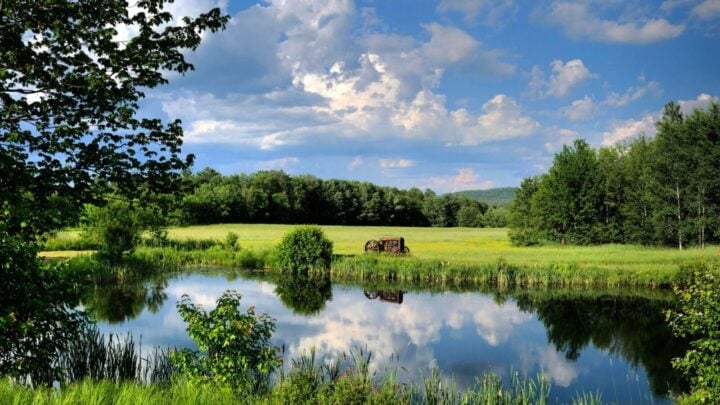 The pond was perfect for swimming. Source: Getty.

Ron, an elderly man from Australia, had owned a large farm for several years. He had a large pond out the back that was properly shaped for swimming, so he fixed it up nice with picnic tables, horseshoe courts and some orange and lime trees.

One evening the old farmer decided to go down to the pond, as he hadn’t been there for a while, and look it over. He grabbed a five-litre bucket to bring back some fruit. As he neared the pond, he heard voices shouting and laughing with glee.

As he came closer, he saw it was a bunch of young women skinny-dipping in his pond. He made the women aware of his presence, and they all went to the deep end. One of the women shouted to him: “We’re not coming out until you leave!”

Ron frowned: “I didn’t come down here to watch you ladies swim naked or make you get out of the pond naked.”

Holding the bucket up Ron said: “I’m here to feed the crocs!”

A priest approached a young father before a baptism

Before performing a baptism, the priest approached the young father and said solemnly: “Baptism is a serious step. Are you prepared for it?”

“I think so,” the man replied. “My wife has made appetisers and we have a caterer coming to provide plenty of cookies and cakes for all of our guests.”

“I don’t mean that,” the priest responded. “I mean, are you prepared spiritually?”

A young brother and sister are fighting

A six year old comes crying to his mother because his little sister pulled his hair.

A short while later, there’s more crying, and the Mother goes to investigate.

This time the sister is bawling and her brother says: “Now she knows.”