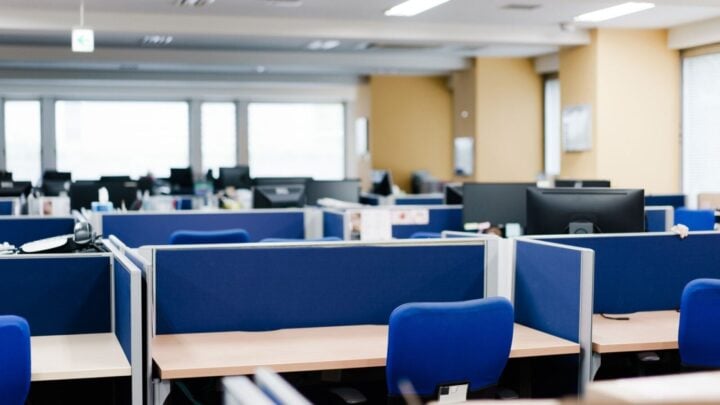 She was standing next to the shredder looking confused. Source: Getty.

The new employee stood in front of he paper shredder looking confused.

“Need some help?” a secretary asked.

“Yes,” she replied. “How does this thing work?”

“Simple,” the secretary said, taking the fat report from his hand and feeding it into the shredder.

“Thanks, but where do the copies come out?”

An atheist was spending a day fishing

An atheist was spending a quiet day fishing when suddenly his boat was attacked by the Loch Ness monster. In one easy flip, the beast tossed him and his boat high into the air, then opened its mouth to swallow both.

As the man sailed head over heels, he cried out: “Oh, my God! Help me!”

At once, the ferocious attack scene froze in place. As the atheist hung in mid-air, a booming voice came down from the clouds: “I thought you didn’t believe in Me!”

“Come on God, give me a break!” the man pleaded. “Two minutes ago I didn’t believe in the Loch Ness monster either!

An elderly man heads to the hospital for his physical

A 90-year-old man goes for a physical and all of his tests come back normal.