Daily Joke: A man steps on a penny scale 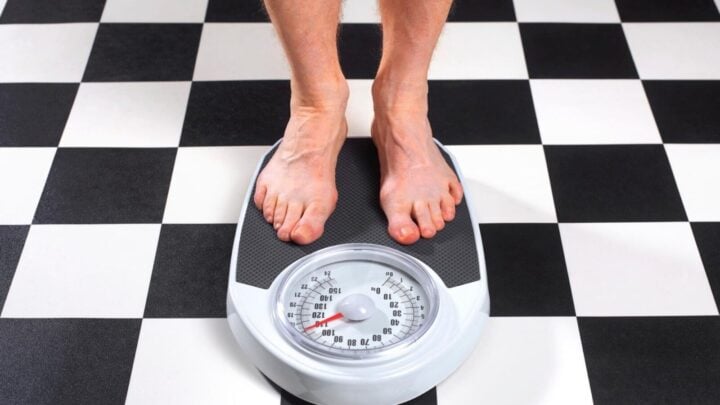 The man started to read his fortune while standing on the scales. Source: Getty.

After the holidays and all those delightful, seasonal treats, a husband stepped on one of those penny scales that tells your fortune and weight.

He drops in a coin and eagerly reads the results.

“Listen to this,” he said to his wife, showing her a small, white card. “It says I’m energetic, bright, resourceful and an absolutely great lover in bed!”

“Yeah,” his wife nodded. “And it has your weight wrong, too!”

A young girl who was writing a paper for school came to her father and asked: “Dad, what is the difference between anger and exasperation?”

The father replied: “It is mostly a matter of degree. Let me show you what I mean”.

With that the father went to the telephone and dialled a number at random. To the man who answered the phone, he said: “Hello, is Melvin there?”

The man answered: “There is no one living here named Melvin. Why don’t you learn to look up numbers before you dial.”

“See,” said the father to his daughter. “That man was not a bit happy with our call. He was probably very busy with something and we annoyed him. Now watch.”

The father dialled the number again. “Hello, is Melvin there?” asked the father.

“Now look here!” came the heated reply. “You just called this number and I told you that there is no Melvin here! You’ve got lot of guts calling again!” The receiver slammed down hard.

The father turned to his daughter and said: “You see, that was anger. Now I’ll show you what exasperation means”.

He dialled the same number, and when a violent voice roared: “Hello!”

The father calmly said: “Hello, this is Melvin. Have there been any calls for me?”

Two men were riding in a car

Two guys were riding in a car, arguing about how to say the name of the city that they were in. One said “Lou-ie-ville” and the other “Lou-is-ville.” They went on arguing and arguing, until they came upon a fast-food restaurant.

The one guy goes inside and says to the waitress: “Before we order, can you settle an argument for us? Tell me the name of the place where I am right now really, really, really slowly.”