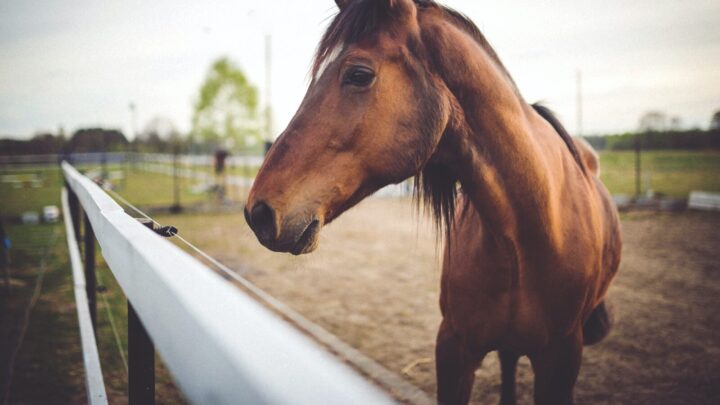 He tells him to cut one of the horse's ears. Source: Pexels.

He asks the farmer for his advice a second time. He tells him to cut one of the horse’s ears. So he does. But then the other horse gets its ear ripped in a barbed wire fence.

Again, he asks the farmer what to do and he tells her to measure them.

He comes back and says: “Thanks for your advice. It turns out the white horse is two inches taller than the black horse!”

A man was caught embezzling millions

A man who had been caught embezzling millions from his employer went to a lawyer seeking defence. He didn’t want to go to jail. But his lawyer told him: “Don’t worry. You’ll never have to go to jail with all that money.”

And the lawyer was right. When the man was sent to prison, he didn’t have a dime.

A farmer was discussing important issues

In a small town, farmers got together to discuss some important issues. About midway through the meeting, a wife of one of the farmers stood up and spoke her piece.

When she was done, one of the old farmers stood up and said: “What does she know about anything? I would like to ask her if she knows how many toes a pig has?”

Quick as a flash, the woman replied: “Take off your boots sir, and count them yourself!”