Starts at 60 Daily Jokes: A guy took his blonde girlfriend to a football match 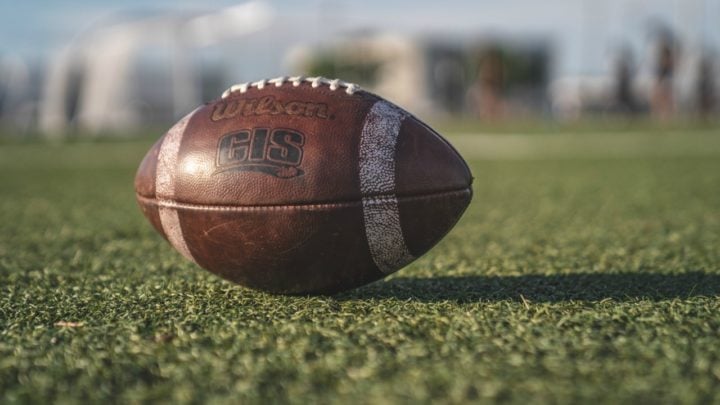 We're guessing she really didn't get the game. Source: Getty

A guy took his blonde girlfriend to her first football game. They had great seats right behind their team’s bench. After the game, he asked her how she liked the experience.

“Oh, I really liked it,” she replied, “Especially the tight pants and all the big muscles, but I just couldn’t understand why they were killing each other over 25 cents.”

Dumbfounded, her date asked: “What do you mean?”

Starts at 60 Daily Joke: A wealthy man had an affair

A wealthy man had an affair with an Italian woman for several years. One night, she told the man that she was pregnant.

Worried about his reputation, the man said he would pay a large sum if the woman went to Italy and had the child in secret. If she raised the child in Italy, he would also pay child support until the child turned 18. The woman agreed.

“But how will I let you know when the baby is born?” she asked.

“We’ll keep it discreet,” said the man. “Mail me a post card and write ‘Spaghetti’ on the back. Then I’ll organise the payments.”

Months later, the man came home from work to find his wife in the kitchen.

“There’s a post card on the table for you,” she told him.

The man rushed to get the post card. After reading it, he turned white and collapsed.

Starts at 60 Daily Joke: Two men were waiting for their flight

Two men were waiting for their flight. They struck up a conversation about family.

“My grandson is absolutely perfect,” one man said.

The other man was surprised. “Does he smoke?”

“Does he ever come home late?”

“Wow,” said the man. “He really does sound perfect! How old is he?”