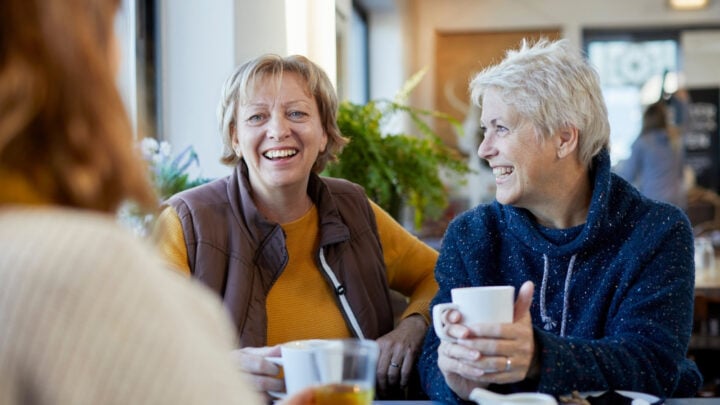 Take active control of your future and ensure your beliefs, values and preferences are known and respected. Image source: Getty

What does it mean to you, to live well? Who would you want to make your decisions if you were unable to do so? And what would they say? Advance care planning offers all of us the opportunity to share our health care preferences in advance. However, there’s a lot more to it than just putting a plan in place.

It involves talking with family or friends and your health care provider about your future health care wishes, and documenting what you may or may not want. It can include appointing a substitute decision-maker. All this enables you to take active control of your future, ensuring your beliefs, values and preferences are known and respected.

A national study led by Advance Care Planning Australia (ACPA) has found that only 14 per cent of older Australians have an advance care directive in place, with men less likely to plan than women.

In fact, almost one in three of us will be unable to make our own medical decisions at some point. If a person’s preferences are not known, doctors may use aggressive treatments that the person might not have wanted, or leave them with a quality of life that is unacceptable to them. Families may feel burdened by the worry that they might make a wrong choice.

Three families asked the big questions, and today we share their stories in more detail.

Take active control of your future

When the people you trust know what is important to you regarding future health care treatment, it is easier for them to make decisions on your behalf.

Sisters Sue and Heather were forced to watch their dad struggle to decide whether they should accept life prolonging treatments for their mum when she succumbed to dementia.

Mum and dad “had not discussed end-of-life care in any shape or form. So when the doctor said to him, ‘there’s nothing else we can do for your wife’, I literally saw his heart break in that moment because he had no idea that was coming,” Heather said.

Sue added, “At that time, none of us realised, a talk beforehand is so important for end-of-life. Because even though mum was going through dementia, we didn’t expect the end-of-life to come so quickly. To discuss it beforehand and have that plan in place would’ve been so much easier.”

Heather lamented, Dad “had to make those decisions about the person he’d loved for almost sixty years. And the doctors were saying, well, we need an answer now.

“After mum died, I think he thought, ‘I don’t want the kids to go through that’. So he did an advance care directive and discussed it with all of us. As we found out in the end, it made things a lot more straightforward for all of us. He didn’t want us to have to make those decisions and go through that guilt and regret.”

After Heather and Sue’s dad was diagnosed with terminal cancer and later had a heart attack, the sisters and their extended family cared for him. He became confused in hospital towards the end. As Sue said, “He wasn’t in the state of mind to be able to make decisions for himself” but fortunately, he already had the advance care directive in place.

Linda Nolte, Program Director of ACPA stated, “If choice and control are important to you, advance care planning should be on your radar. And if you want to reduce the stress on your family during any future critical incident, have the conversations that really matter now.”

Life can change in an instant

It’s never too early to create a plan. While you still have decision-making capacity, it’s crucial to talk to those closest to you and document an advance care directive.

When Gerald was struck down with a sudden respiratory illness and lost consciousness, his brother Paul and their family had to make major decisions regarding Gerald’s treatment and care.

Gerald remembers being “in dire straits” when he started “struggling to breathe” before being placed into a coma on life support.

His brother, Paul, was left shocked when doctors told him they “didn’t think Gerald was going to make it through the night” as a flurry of information was presented to Paul and his family.

“He was in intensive care for a couple of weeks. We didn’t know from day to day if we’d ever see Gerald conscious again, and what kind of state he would be in,” he said.

“Gerald wasn’t responding to treatment. We realised that without those machines, he wouldn’t be with us – and he couldn’t stay connected to the machines forever.

“They finally gave us an option of a different medication they wanted to trial. We felt it was the last roll of the dice, and we tried to figure out what Gerald would want. We went ahead with the trial, the new medicine worked and finally, Gerald started to improve.”

Despite the ordeal of rehabilitation, having to learn to speak, walk and read again, Gerald is “forever grateful” to have recovered and was “touched” upon learning what his family did regarding decisions around his care and treatment.

“Without some of those decisions, I wouldn’t be here talking. It’s something I can’t thank everyone enough for,” Gerald explains.

Gerald concedes that an advance care directive could have potentially made things easier on his family.

“After the fact, I’ve seen the trauma that it has caused everyone and that would have been alleviated, I believe, if there was some kind of plan put in place,” he said.

Linda Nolte explains that planning conversations and an advance care directive “relieves loved ones of the burden and potential sense of guilt trying to make life-and-death decisions by guesswork.”

“An important part of healthy ageing is making informed health care choices. We want to empower everyone to take active control of their future care and ensure preferences are known and respected.”

“We also encourage people to ensure their advance care directive is coherent and properly dated, signed and witnessed. It may be the difference between whether your doctor follows your directive or not,” she adds.

An act of love

Husband and wife duo, Bill and Chris, illustrated in the video how a loving relationship is no substitute for advance care planning. Like them, you may feel you and your partner have a great understanding of each other. But would you be able to make medical treatment decisions on their behalf if they became too unwell to communicate for themselves?

Bill explained, “I guess, even though we know each other so well and we share so many values, it would be inherently hard.”

A conversation between Bill and Chris on acceptable medical treatments revealed just how important advance care planning is.

Chris admitted she had not thought about advance care planning “at all” in the past but now felt that she and Bill needed to consider it as a couple.

“Mum and dad are in a situation now where our extended family is involved in a lot of issues with them. It’s made me think that we need to possibly start thinking about it,” Chris said.

After a lengthy discussion on their definitions of quality of life and their preferences in regards to medical treatments and interventions, the pair realised the importance of advance care planning for them now.

“I think it would make it easier for me and the girls to know with more certainty that what we were doing was what you actually wanted.” When Chris asked Bill if he thought they need a plan now, he replied, “I think we probably do in as much as there’s no certainty about life”.

“Even with those closest to us, it is a mistake to assume they would know our preferences for end-of-life care” explains Linda Nolte.

When is the best time to have ‘the talk’?

Advance care planning begins by thinking about what quality of life means to you, and talking about it with family or friends, and your health care providers.

Share copies with your substitute decision-maker, family, friends, carers and your doctors. This will ensure everyone is aware of your choices.

It’s crucial to undertake advance care planning while you’re still in good enough health to make decisions and communicate your preferences clearly. It’s important to note that if you lose capacity, for example, due to dementia, you won’t be able to make a legally-binding advance care directive. So planning early is important.

For free, personalised advice, call the National Advance Care Planning Support Service on 1300 208 582 from 9am – 5pm (AEST) Monday to Friday.

Now is the perfect time to think about your values and preferences and have a heart to heart with someone close to you. Find more information and sign up for a free starter pack.

Do you have an advance care directive in place?