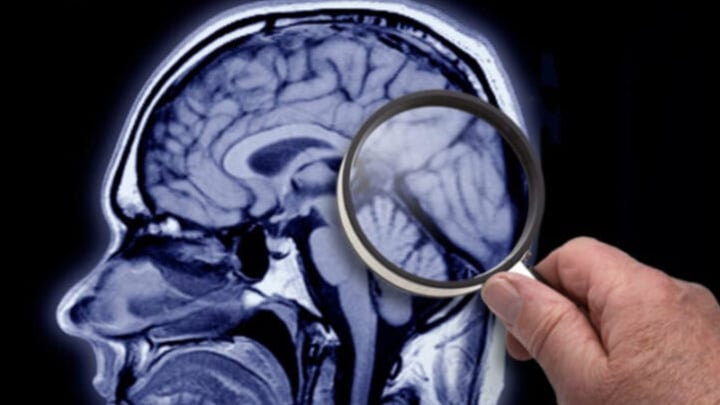 The study was motivated by a desire to "know if vitamin D is even present in the brain, and if it is, how those concentrations are linked to cognitive decline". Source: Getty Images.

In a world first study, researchers have examined the levels of Vitamin D present in the brain tissue of those with cognitive decline, in order to understand the impact its presence has on conditions such as dementia.

Unlike previous studies that examined the impact of Vitamin D levels on cognitive function from sources such as supplements and nutrition, the Brain vitamin D forms, cognitive decline, and neuropathology in community-dwelling older adults study from researchers at Tuft University looked at the levels of Vitamin D concentrations present in four regions of the brain.

Lead author and scientist on the Vitamin K Team and an associate professor at the Friedman School of Nutrition Science and Policy at Tufts, Kyla Shea said the study was motivated by a desire to “know if vitamin D is even present in the brain, and if it is, how those concentrations are linked to cognitive decline”.

“Many studies have implicated dietary or nutritional factors in cognitive performance or function in older adults, including many studies of vitamin D, but all of them are based on either dietary intakes or blood measures of vitamin D,” Shea said.

The researchers examined brain tissue samples from 209 participants from the Rush Memory and Aging Project and discovered that a higher concentration of vitamin D levels in all of the four regions of the brain examined was linked to better cognitive function.

Despite finding that levels of Vitamin D impact cognitive function, Shea stressed that more research is required before appropriate treatments can be implemented.

“Dementia is multifactorial, and lots of the pathological mechanisms underlying it have not been well characterized,” Shea said.

“Vitamin D could be related to outcomes that we didn’t look at yet, but plan to study in the future.

“We now know that vitamin D is present in reasonable amounts in human brains, and it seems to be correlated with less decline in cognitive function.

“But we need to do more research to identify the neuropathology that vitamin D is linked to in the brain before we start designing future interventions.”

Despite the promising findings, experts are quick to warn people not to consume large doses of vitamin D supplements in order to prevent possible cognitive decline.

Previous studies have examined the link between vitamin D levels and dementia with the recent Vitamin D and brain health: an observational and Mendelian randomization study from the University of South Australia, finding that low levels of vitamin D were associated with an increased risk of both dementia and stroke and that in some populations, as much as 17 per cent of dementia cases could be prevented by increasing everyone to normal levels of vitamin D (50 nmol/L).

Breakthrough genetic research from @UniversitySA‘s Prof Elina Hypponen at @ACPreH1 shows a direct link between dementia and a lack of vitamin D.https://t.co/S9MbYSAywB

“Vitamin D is a hormone precursor that is increasingly recognised for widespread effects, including on brain health, but until now it has been very difficult to examine what would happen if we were able to prevent vitamin D deficiency,” Hyppönen said.

“Our study is the first to examine the effect of very low levels of vitamin D on the risks of dementia and stroke, using robust genetic analyses among a large population.

“In some contexts, where vitamin D deficiency is relatively common, our findings have important implications for dementia risks. Indeed, in this UK population we observed that up to 17 per cent of dementia cases might have been avoided by boosting vitamin D levels to be within a normal range.”

According to Dementia Australia, in 2022, there are an estimated 487,500 Australians living with dementia.

Dementia encompasses a collection of symptoms that are caused by disorders that impact the brain. Dementia affects thinking, behaviour and the ability to perform everyday tasks.

Across the globe, more than 55 million people have dementia with this number expected to double every 20 years, reaching 78 million in 2030 and 139 million in 2050.