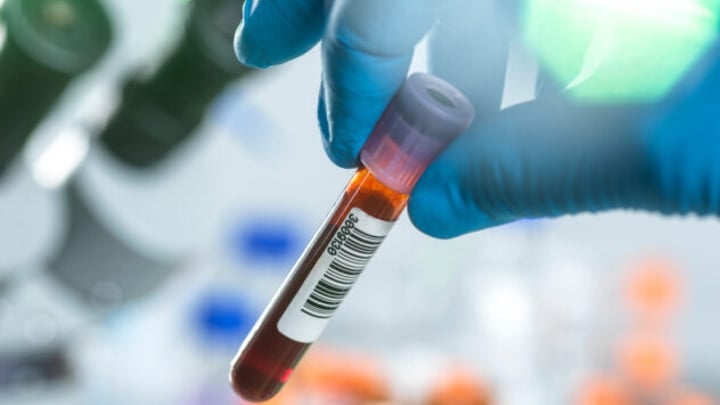 The new test was able to accurately detect the presence of Alzheimer’s from other neurodegenerative diseases. Source: Getty Images.

Scientists have made detecting Alzheimer’s disease easier after developing a simple blood test to identify a biomarker of the condition, negating the need for current expensive and invasive testing methods.

The group of neuroscientists, led by the University of Pittsburgh School of Medicine discovered a biomarker called brain-derived tau or BD-tau which is specific to Alzheimer’s disease with their findings published in the journal Brain.

The new test marks a major step forward in the detection of Alzheimers disease with current guidelines requiring the detection of three specific components of the disease which include the presence of amyloid plaques and tau tangles in the blood as well as neurodegeneration in the brain, either through magnetic resonance imaging (MRI), positron emission tomography (PET) scans, or via lumbar puncture.

While blood test are able to accurately detect abnormalities in plasma amyloid beta and tau, problems occur when detecting markers of neurodegeneration that are specific to the brain and aren’t influenced by other contaminants produced elsewhere in the body.

“Those tests are expensive and take a long time to schedule, and a lot of patients, even in the U.S., don’t have access to MRI and PET scanners. Accessibility is a major issue,” Karikari explained.

In order to make the process simpler, Karikari and his team, including scientists at the University of Gothenburg, Sweden, developed a technique to selectively detect BD-tau while avoiding other “big tau” proteins produced by cells outside the brain.

They achieved this by designing a special antibody that selectively binds to BD-tau, making it easily detectible in the blood.

They confirmed the validity of the test with more than 600 patient samples from five independent cohorts, including those from patients whose Alzheimer’s disease diagnosis was confirmed after death and from patients with memory deficiencies suggestive of early-stage Alzheimer’s.

The tests were able to accurately detect the presence of Alzheimer’s from other neurodegenerative diseases.

“The development of simple tools detecting signs of Alzheimer’s in the blood without compromising on quality is an important step toward improved accessibility,” said Karikari.

“A blood test is cheaper, safer and easier to administer, and it can improve clinical confidence in diagnosing Alzheimer’s and selecting participants for clinical trial and disease monitoring.”

Scientists hope to conduct further clinical trials in order to confirm the validity of the testing method.

The latest findings follow a recent “landmark” international study that identified 75 genes which are associated with an increased risk of developing Alzheimer’s disease, including 42 new genes which had not previously been linked to the condition, providing hope for the production of more effective treatments.

As part of the study, researchers analysed the genetic landscape of more than 100,000 people suffering from the condition and compared them with more than 600,000 healthy individuals to look for differences in genetic makeup.

The findings, published in the journal Nature Genetics, provided evidence that inflammation and a person’s immune system can play a part in the development of Alzheimer’s disease.

According to Dementia Australia, “Alzheimer’s disease is the most common form of dementia, affecting up to 70% of all people with dementia” with symptoms including frequent difficulty with memory, loss of enthusiasm in normal everyday activities, and a deterioration in social skills.