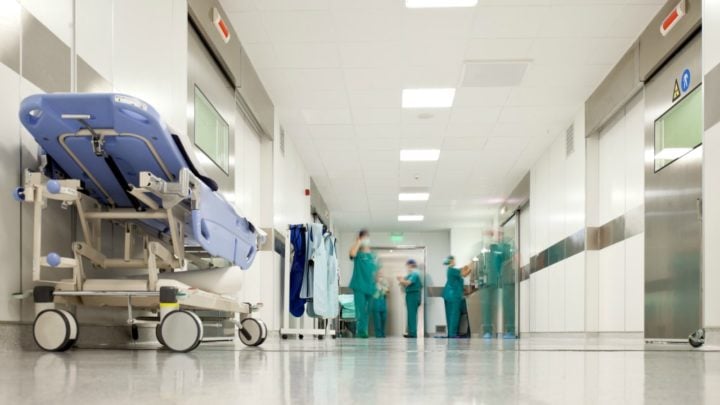 The report warns the sector could face a "death spiral" if changes aren't made. Source: Getty

A new report claims that greedy specialists and soaring private hospital bills are to blame for the private health insurance crisis.

The report, released by the Grattan Institute on Monday, said a handful of greedy doctors charge their patients more than twice the official Medicare fee for their services.

“Only about 7 per cent of all in-hospital medical services are billed at this rate, yet these bills account for almost 90 per cent of all out-of-pocket costs for private hospital patients,” the report, penned by Grattan Institute Health Program Director, Stephen Duckett, said.

It also found doctors were charging booking fees on top of procedure and consultation fees.

“The higher fees have nothing to do with the skill of the surgeon or the adequacy of the Medicare Benefits Schedule,” Duckett said. “The small minority of specialists who charged more than twice the schedule fee are simply greedy.”

Duckett went on to note that insurance premiums could drop by as much as 10 per cent if private hospitals were made more efficient and stopped over-servicing. All up, he estimated that about $2 billion could be saved each year.

To combat excess charges, he recommends from 2022 private patients should receive a single bundled bill for a hospital admission, including the costs of doctors, prostheses, diagnostics and hospital stays.

It comes just months after the Grattan Institute declared the sector had become “riddled with inconsistencies and perverse incentives.”

The report, released in July, said people are increasingly dissatisfied with private health insurance and warned that an increasing number of younger Aussies are opting to cancel or forgo private cover, which could lead to further issues.

Experts warned that the sector faces a “death spiral” if young and healthy people continue to ditch their cover, leaving only older Australians – who tend to have more complex and expensive health needs – accessing health insurance, driving up the cost of premiums in turn due to increased pressure on the system.

The report also called on the government to rethink the taxpayer-funded subsidies available to the industry. Currently $6 billion of taxpayer cash goes towards the private health insurance rebate, and $3 billion is spent on private medical services for patients.

What are your thoughts on this? Do you agree with the report?