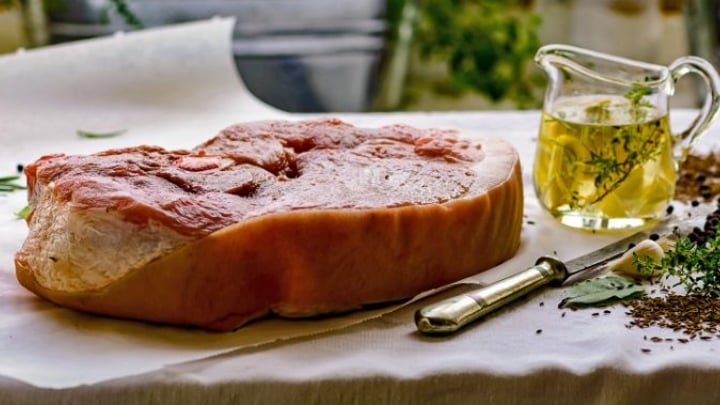 With a help of a nutritionist we've ranked five fad diets from worst to best. Source: Getty

Fad diets are constantly popping up, but are they actually good for you? From plant-based to low-carb, it can be hard to understand the difference between every fad diet.

So Starts at 60 sat down with Brisbane-based nutritionist Tracie Connor to find out which diets we should be investing our time in, and which ones to ignore, ranking five fad diets from worst to best.

The 5:2 diet, also called the ‘Fast’ diet, involves eating what you want five days a week, and eating next to nothing for the remaining two. The part-time diet that still allows you to indulge yet lose weight at the same time is currently the most popular intermittent fasting diet, but is it really good for you?

While its promotion of a lowered food/calorie intake can benefit many people, the 5:2 diet was ranked the worst according to Connor. “It doesn’t offer guidelines for food intake, [as it] focuses more on calorie intake rather than the quality or type of food consumed,” she says.

Like many other fad diets, the South Beach Diet may have elements which are generally recognised as healthy, but it’s promised benefits are not backed by any supporting evidence.

The controversial diet has three stages and gradually increases the proportion of carbohydrates consumed as it progresses while simultaneously decreasing the proportions of fat and protein. While it promotes some healthy foods, Connor says it still eliminates many nutritious foods such as fresh fruit, ranking it the second-worst.

So, which celebrities follow the South Beach Diet? According to People, Bette Midler is an avid follower and once called the diet “the best thing ever”.

Read more: You are what you eat: Foods that resemble the body parts they’re good for

The high-protein, high-fat and low-carb diet is based on the theory that eating carbohydrates stimulates the production of insulin, which in turn leads to hunger, eating and weight gain. It promotes meat, cheese and eggs, and avoids sugar, bread, pasta, milk, fruit and veggies.

It may promote a lowered processed carb intake, however Connor reckons it’s not a sustainable diet as “overall [it’s] very difficult to maintain long-term”.

The paleo diet, commonly referred to as the caveman diet, is hugely popular these days. It’s designed to emulate only what humans are thought to have eaten during the Palaeolithic era — promoting poultry, fish, eggs, fruit, vegetables and meat. It cuts out dairy, grains, legumes and seed oils such as canola or sunflower oil.

Paleo-style eating has a lot of good qualities, Connor says. It emphasises whole foods, lean proteins, vegetables, fruits, and healthy fats. However, the paleo diet has some flaws.

Many health experts in the past have also criticised the diet and labelled it another fad. According to evolutionary biologist Karen Hardy, carbohydrates play an important role in the developing of bigger brains, The Guardian reported.

Short for ketogenic, this eating plan is all about minimising your carbs and upping your fats, and Connor reckons this diet is the healthiest. After you follow the diet for a few days, your body enters ketosis, which means it’s started to use fat for energy.

While it includes fresh nutrient-rich foods and a lowered processed carb intake, the fad diet isn’t without its downsides. Despite its good qualities, Connor says it’s difficult to maintain the diet long term.

However, if you’re planning to make a lifestyle switch, she reckons a balanced diet is still the way to go. “They are simply that, fads and transient, not long lasting and often arise with a marketing ploy attached! The majority of them are very hard to maintain long-term, therefore weight loss may be achieved on them but they’re not sustainable,” she adds.

What do you think? Have you tried any of these diets?