‘I was urinating every 15 minutes because of my enlarged prostate’ 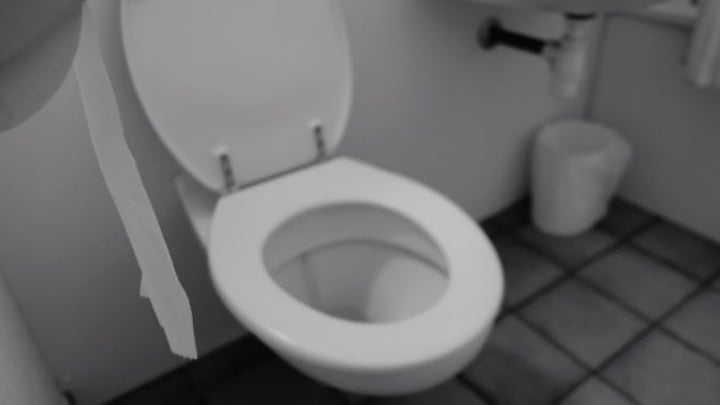 Before seeking treatment, Paul was urinating every 15 minutes during the day. Source: Getty

After eight years of frequent urination during the day and waking up five times a night to go to the toilet, Gold Coast grandfather Paul Williams knew there was a problem with his prostate, but was too scared to seek help.

Initially, he thought it was normal to go to the toilet as often as he was but by 2017 he knew something wasn’t right. Describing himself as a “private bloke”, Paul didn’t want to go through what he thought would be an invasive prostate exam involving a finger and a glove, but his condition got so bad in the end that he needed to seek medical treatment.

He was later diagnosed with benign prostatic hyperplasia (BPH) or an enlarged prostate. It’s the most common prostate disease impacting Australian men, with more than one million men reporting that the condition impacts their quality of life and relationships.

“I had an ultrasound and a couple of tests like that and by doing that, I found out it wasn’t normal and I could do myself more harm not doing something about it because it weakens your bladder and all sort of things,” Paul told Starts at 60.

Read more: Incontinence and bladder leakage isn’t just a part of getting old

In addition to urinating every 15 minutes throughout the day, Paul experienced an uncomfortable pain in his stomach and pubic area. He began planning his entire life around toilet stops and the condition became progressively worse over the years.

“Just to go somewhere for a day, I was always thinking where we were going and measured out where the toilets might have been so I knew I was able to get to toilets,” he said. “I didn’t want to have an accident. When I went out for meals a night, I’d have to measure out what I was going to drink so I wouldn’t have to get up from the table all the time.”

As a result, Paul started reducing his fluid intake so he didn’t have to go to the toilet as much. In the end, he was surprised that he didn’t need an invasive prostate exam and that an ultrasound and blood test was all he needed to be diagnosed. While tablets and medication can sometimes help men manage BPH, Paul’s condition was so severe he required a UroLift, a minor procedure that lifts and holds the enlarged prostate tissue so it no longer blocks the urethra.

Eight months after his procedure, Paul’s life has changed dramatically. “My life is back to normal. I can go out without having to go to the toilet,” he said. “Especially driving, it can be up to six hours before I can go to the toilet and I’m not uncomfortable.

Read more: Prostate cancer: The health issue we can no longer avoid

“It’s really good going to restaurants now. I’ll go before we go out for a meal and 99 per cent of the time I don’t have to go when I’m out. It’s so much better.”

Having put off seeking medical treatment for so long, Paul is now encouraging all men to get a prostate check, even if they aren’t experiencing symptoms.

“If I’d known about it earlier and how simple it was, I wouldn’t have gone through all those years of having the trouble,” he said. “My advice and message is even if you don’t think you have a problem, get tested. It’s not the invasive test you think it is.”

Always discuss your prostate health concerns with your GP or a doctor.

What do you think? Have you experienced a problem with your prostate? When was the last time you had a check-up?