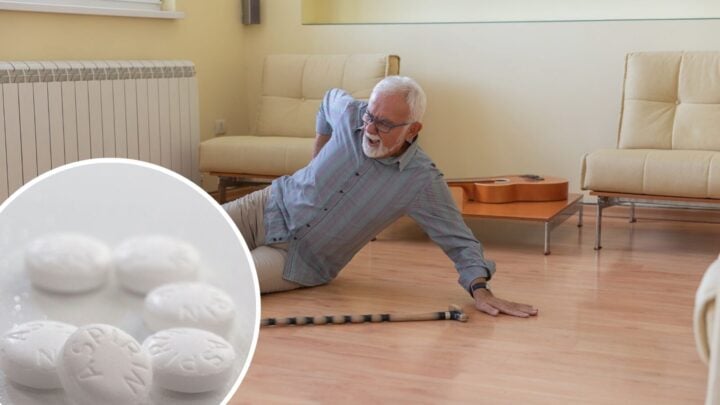 Low-dose daily aspirin can increase the odds of severe falls for those over 70. Source: Getty

The fear of injury from a fall can contribute to hesitancy by older people in taking their prescribed blood thinners, latest research has now been released in support of the idea, with findings suggesting that severe falls can increase with the daily intake of aspirin.

According to Anna L. Barker, PhD, and her colleagues from the school of public health and preventive medicine at Monash University, aspirin had previously been prescribed to older adults as a way to help protect against bone fragility.

“It was originally hypothesised that aspirin may decrease falls by slowing physical decline by reducing cardiovascular and cerebrovascular events through antiplatelet effects and/or reducing cognitive decline by protecting against Alzheimer’s disease and/or vascular dementia — well-known fall risk factors,” they say.

Researchers tested the hypothesis by conducting a substudy of the Aspirin in Reducing Events in the Elderly (ASPREE) to further investigate whether the daily regularised prescription of aspirin can prevent the risk of falls.

The team evaluated data from 16,000 participants, aged 70 and over, half of whom were assigned the prescribed 100 milligrams of aspirin. Their results showed that  2,865 fractures and 1,688 serious falls occurred over their 4.6-year follow-up period.

Those in the aspirin group were actually 10 per cent more likely to have a severe fall compared to those without the medication.

“Those receiving aspirin experienced a greater number of serious falls, either single or multiple, which required hospital presentation, with or without accompanying fractures,” Barker and colleagues wrote.

“We need to weigh up the risks and benefits with every medication that we add into the regime for an older person, and definitely – in terms of primary prevention without indication of cardiovascular or stroke risk – we’d need to be very dubious about prescribing aspirin, knowing the increased risks that it brings with relation to serious falls.

“The clinical significance of these results relates to the large percentage of the older population who are both at risk of fracture and are taking aspirin for the prevention of cardiovascular and cerebrovascular disease.”

The researchers concluded that low-dose aspirin fails to reduce fracture risks and thus “adds to the body of evidence that this agent provides little favourable benefit in a healthy, white older adult population.”

However, researchers from the National Centre for Healthy Ageing and Monash University have uncovered a way to aid in the prevention of falls, discovering the use of a pedometer as a predictor for monitoring who is likely to have a high fall risk.

According to Monash University, the use of the daily step counter acted as an indicator by measuring whether a person took above or below 5000 steps each day.

“The study also looked at the way cognitive, medical, and other factors such as poor muscle strength were associated with falls in those with higher versus lower levels of daily step count,” the report stated.

“Among people with [less than] 5, 575 steps per day, an increased risk of falls occurred in those with poorer executive cognitive function (the mental processes that enable us to plan, focus attention, juggle multiple tasks, and judge risks), slower gait speed, and lower step count.

“In those with [over] 5, 575 steps per day, only low mood was associated with increased fall risk.”

Associate Professor Michele Callisaya said helping prevent those with high fall risks is a crucial element of healthcare, saying “such people would benefit from consideration of additional risk factors such as altered cognitive function in devising strategies for prevention”.