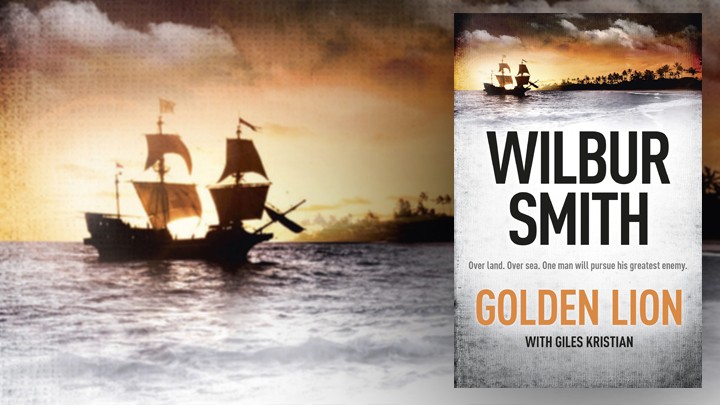 In this epic African adventure, Golden Lion, Wilbur Smith returns to his longest-running series – and the very beginnings of the Courtney family saga in the late seventeenth century – with a sequel to the action-packed novel Birds of Prey.

Golden Lion follows Hal Courtney’s adventures after the Christians have routed the Muslim invaders in Ethiopia in the mid-seventeenth century. And though conflicts still rage, Hal will face a much more personal enemy bent on revenge.

Wilbur Smith burst onto the international scene in 1964 with his debut novel, When the Lion Feeds, which introduced the Courtney family to readers around the world. Subsequent Courtney novels traced the fortunes, and misfortunes, of this sprawling, ambitious family, from the dawn of the 18th century to the late 20th century, from Natal in South Africa through Rhodesia and up through East Africa.

Henry ‘Hal’ Courtney has always lived at sea. He watched his own father executed during the Anglo-Dutch naval war, and spent his entire young adulthood avenging his father’s death. Now a truce has been made between the warring countries and Hal is captain of his own ship – the Golden Bough. From the slave markets of Zanzibar to the pirate-riddled waters of the Indian Ocean, Hal leads his crew in and out of the waves of danger. But he soon realises that just because the war is over, does not mean the battle is won, and the more a man achieves, the more he has to lose.

“No one does adventure like Wilbur Smith” Daily Mirror

“Smith is a master” Publishers Weekly