Inspired by the Bogle-Chandler case, The Goodbye Party is a thrilling new audio drama 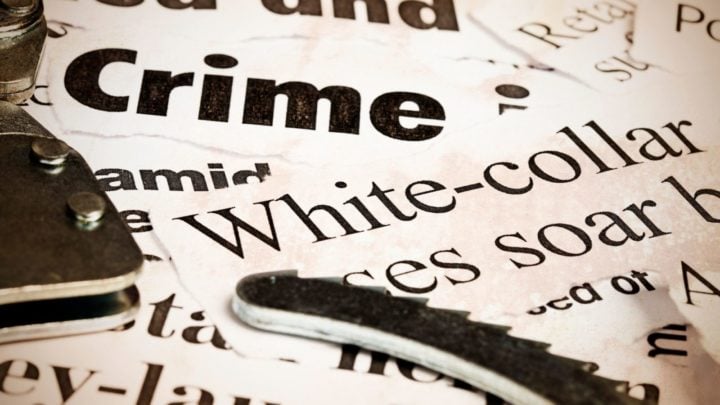 The Goodbye Party revisits the intriguing Bogle-Chandler case that was left unsolved for decades.

Swingers, drugs, espionage, two unexplained deaths and a lengthy forensic investigation that came to nothing. The Bogle-Chandler case electrified Australia for good reason – it had every element required of a thrilling mystery.

That’s why the crime that had Australians on the edge of their seats in the 1960s is now the inspiration for a new Audible Original drama by celebrated playwright Louis Nowra. The Goodbye Party draws on the Bogle-Chandler case but adds its own twists and turns to create more than six hours of intriguing storytelling. It is narrated by 30+ actors including Wolf Creek star Ben Oxenbould and Steve Bisley, who you’ll know from Water Rats and Mad Max.

The Goodbye Party is a real chance to enjoy a mystery worthy of Agatha Christie – if you enjoyed Murder on the Orient Express, this one’s for you – but in the nostalgic style of the radio plays families used to enjoy. To get a feel for the story, read on…

It was the morning of January 1, 1963, when the semi-clad bodies of a man and a woman were found on the banks of Lane Cover River in the Sydney suburb of Chatswood. They were discovered 40 feet (12 metres) apart, the man’s corpse neatly covered with folded clothing and a carpet square, with just a trickle of blood from his nose.

The woman was covered by cardboard beer cartons and had abrasions on her nose and shoulders, with her skirt above her waist and her bra pulled down. There was evidence both had been violently ill before they died.

It took police little time to identify the dead man as Gilbert Bogle, a physicist at the storied CSIRO, and the woman as Margaret Chandler, the wife of Bogle’s CSIRO colleague Geoffrey Chandler. That a man and a woman who were both married to other people had been discovered together in questionable circumstances was enough to titillate 1960s newspaper readers – but there were more shocking revelations to come.

It soon emerged that the Chandlers had an open relationship, while Bogle, a married man, was a known philanderer. Bogle and the Chandlers had attended a New Year’s Eve party at the home of another CSIRO colleague on the night of December 31, 1962, but Geoffrey Chandler left the event for a tryst with his own lover Pam Logan. Knowing Bogle had an eye on his wife – and that his wife returned Bogle’s interest – Chandler made arrangements with Bogle that he would take Mrs Chandler home from the party.

The police deduced that after leaving the party, Bogle and Mrs Chandler stopped at the riverbank in Chatswood to have sex – the carpet square found on Bogle’s body was from his own car, found parked nearby, and had clearly been taken by the couple to the riverbank to protect them from the bare ground – but were interrupted by something or someone.

Who or what that was, though, was far less clear. Forensic examination of the bodies found no evidence of violence, while at post mortem, toxicologists could find no sign of known poisons. (Their work was hampered by a police decision to withhold the information that semen was found on Bogle’s clothes, indicating the couple had sex before they died and thus influencing the estimated time of death.)

Suicide and murder-suicide were also ruled out. The coroner could only say that the couple died of “acute circulatory failure” – their hearts stopped beating and as a result they were unable to breathe – with what caused that failure unknown.

With two deaths and no explanation, newspapers had a field day relaying increasingly wild speculation as to the cause of the fatalities – to a very receptive audience.

The US may have already embarked on the Swinging ‘60s, but Australia was still relatively conservative in 1963 and the strait-laced public was agog as details emerged of the sexual shenanigans of Sydney’s educated bohemians.

With Geoffrey Chandler quickly discounted as an assailant – he had, after all, encouraged his wife’s dalliance with Bogle and had a firm alibi in the form of his own lover for the time of the deaths – there were theories, fuelled by the fact that the world was at the height of the Cold War, the pair had been killed as part of a US-Russian espionage plot involving Bogle’s ground-breaking CSIRO work on the forerunners to laser beams.

Bogle’s multiple extra-marital affairs, however, supported a theory that he had been killed by a jealous spouse – possibly a fellow scientist, who used a poison undetectable at the time – particularly given that his predilection for taking his lovers to parks was known to acquaintances.

Meanwhile, the couple’s attendance at what was later described as a swingers’ party on New Year’s Eve gave rise to speculation that they had taken LSD (there were reportedly rumours CSIRO scientists were experimenting with it at the time), perhaps as a sexual stimulant, and accidentally overdosed.

Those theories have since been discounted. Bogle, although a brilliant scientist, was not working on atomic power as would have interested the world’s superpowers at the time. (Geoffrey Chandler, meanwhile, later claimed he personally was a double agent who spied for Australia and Russia).

Reports differ as to whether any trace of LSD was found in the bodies. And police weren’t able to find any evidence of a jealous spouse – nor of venomous spiders at the death scene or poisoned food at the party. The case went cold.

In 2006 filmmaker Peter Butt claimed he had found what killed Bogle and Chandler; a cloud of nitrogen sulphide that rose from the very polluted riverbed (nearby residents had long complained of a rotten-egg smell) and, kept close to the ground by the cool weather, was so dense it overcame the couple before they could get away from the area. Instead, they staggered around, disorientated and vomiting, before dying.

Their bodies, Butt explained, were covered by a local greyhound trainer called Eddy Batiste, who was known to walk his dogs along the riverbank path, to avoid outraging public decency – which was also why the trainer did not report the bodies to the police.

More than two million Australians watched Butt’s ABC documentary Who Killed Dr Bogle and Mrs Chandler? in September 2006  Batiste, however, died without speaking publicly and although Butt’s theory explains why the bodies were found a distance apart, still only partially dressed and with mud on Chandler’s feet and skirt, it can’t be proved because no samples were kept from Bogle and Chandler’s post-mortem examinations.

Likewise, reports in 2016 that two women witnessed the couple’s death on the riverbank but failed to report it to police because they were in a lesbian relationship and feared notoriety, also came to nothing. Today, the case remains unsolved.

With so many intriguing strands, the Bogle-Chandler case was rich inspiration for The Goodbye Party, an original audio drama released by Audible on September 24. The Goodbye Party focuses on Detective Eric O’Malley, who investigates the deaths of a young couple who’d attended a swinger’s party. Thirty-five years later, O’Malley is found dead from what appears to be a drug overdose, but his son James feels something more sinister has occurred.

James believes O’Malley was close to finally cracking the case of who or what killed the young couple, and was silenced to prevent him revealing the killer. James must track down the other people who attended the same party 35 years ago to find his father’s killer, and embarks on a journey so dark and dangerous that he himself may be lucky to stay alive.

Full of sex and death in the dark underbelly of suburbia, fans of mystery and crime will love the fast-paced thrills of The Goodbye Party, as each new piece of evidence leads James one step closer to his father’s killer. The music, sound effects and actors voicing different characters all add to the gripping story as listeners follow James digging through a tangled web of sex, drugs, spies and murder to find the truth.

An audio drama about swingers, foul play and a decades-long mystery.

Peek into the salacious side of Australian suburbia.

Do you remember the Bogle-Chandler case? What’s your theory on who or what killed the couple?