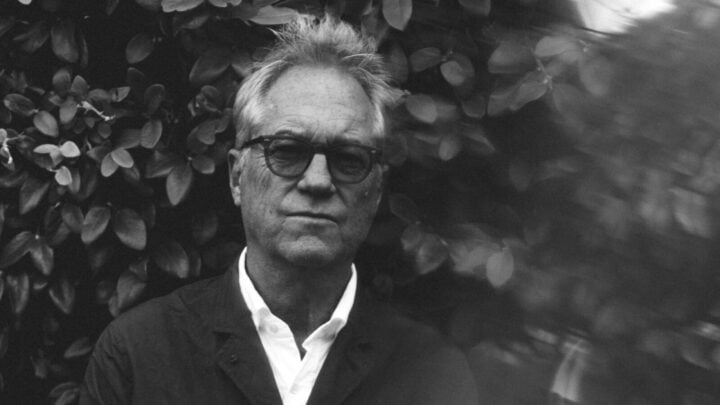 Gerry Beckley is one of the last remaining icons of the 1970s music scene. Source: Supplied

American singer-songwriter and co-founder of popular rock group America, Gerry Beckley, has released a new solo album, 25 years in the making. The prolific songwriter sat down with Starts at 60 to discuss the new album, his career and what kept America together for 50 years.

The 68-year-old released the new compilation album, titled Keeping The Light On – The Best of Gerry Beckley, at the end of March. The album features a collection of 20 songs spanning Beckley’s seven studio albums – from the 1995 Van Go Gan to the 2019 Five Mile Road – as well as five previously unreleased tunes, including the single ‘(I’m Your) Heart Slave’.

Writing music since his teenage years, Beckley describes himself as a prolific songwriter, which meant he had plenty of material to work with when creating the compilation album.

“It seems like I’m a latecomer to doing solo work, but I had always worked and recorded in my home studio and I’ve always stayed pretty prolific,” he said.

“I didn’t start doing solo stuff, releasing it, until the mid-90s. But even going back that far, I’ve had seven or eight solo projects which turned out to be a pretty good pile of material to draw from.

“The idea of a compilation is kind of a greatest hits thing, but sometimes the fans will have everything. With a project like Keeping The Light On you might come up against the mindset that ‘I’ve already got all these tracks I don’t need it’, so that’s why we included a few songs that people don’t have.”

Originally hailing from Fort Worth in Texas, Beckley is something of a musical prodigy – starting piano at the age of three, adding guitar a few years later and playing in an instrumental band, The Vanguards, by the time he was 10. In 1968, Beckley relocated to England after his father was named commander of a United States Air Force base near London. There, he immersed himself in the burgeoning counterculture and music scene, eventually meeting the two men who would one day become his America bandmates – Dewey Bunnell and Dan Peek.

The songs on the new album span across his entire career in the industry, and are a reflection of some of Beckley’s major life moments.

“I’ve been writing since my early teens, so obviously whatever you write is a reflection of where you are in your life and your art,” he said. “So I’ve often said as you age along through your 20s, 30s, 40s, 50s, the challenge is to be able to convey who you are in time. I’d like to think as we age we gain layers of wisdom, that is possible but it’s not always a given. This isn’t just for my own good it’s, in theory, to expose myself to my listeners.”

The solo album has also given Beckley a chance to immerse himself in different styles of music and ultimately be his own “king of the castle”. Beckley said he faced unique challenges with the album, including having to rework some of the older more “dated” tunes without losing the spark of the song. He said the track ‘Self Image’ had a particularly “80s vibe”.

“I wanted to be a retrospective looking back, so we had lots of stuff that hadn’t been released and when you bring them up some of them sound pretty good and other ones had to be completely rebuilt,” he said. “It was an 80s vibe because it was cut in the 80s but I didn’t want to boil out the spark of the song. We basically rebuilt the whole track. I think we brought it far enough forward so it doesn’t just sound like an ancient archive.”

With six gold and platinum albums and nine top 40 hits, America is ingrained in music culture and has just celebrated its 50th-anniversary. The plan for a milestone tour to mark the occasion was sidelined by the pandemic. While Dan Peek passed awat in 2011, Beckley says he and remaining band member Dewey are still “remarkably close”, likening their long and successful music career to a marriage that flourishes with communication and understanding.

“I think that the way we got here was lovely and organic and we have stayed together there were never any breakups and we are still remarkably close as partners,” he said. “Part of being in a great partnership is having a great partner and Dewey has been the best partner and musically he’s also my most-trusted ear. But there are some secrets to it, you know things like listening and understanding and putting yourself in their place and you know these things all sound like cliches but they are all vital.

“It’s like a marriage and it’s like when people ask you what’s the secret, there are a lot of similar ingredients and it takes a lot of understanding and give and take.”

Beckley now resides in Sydney, however, he hopes to be back in the US for America’s 50th anniversary tour as early as August 2021 if the situation around Covid-19 has improved.

Beckley says after his long and successful career, the culmination of his past works on Keeping The Light On, was a summation of his career – and now it is about looking toward his next half-century.

“This record is from this point back, and the stuff I’ve been writing and recording will be from this point forward”, he said. “This is certainly a summation, I guess, but it’s not the end of the story. It’s amazing to have 50 years in this job. Now I can’t wait to start the second half-century.”