Daily Joke: Two guys were lost in a desert 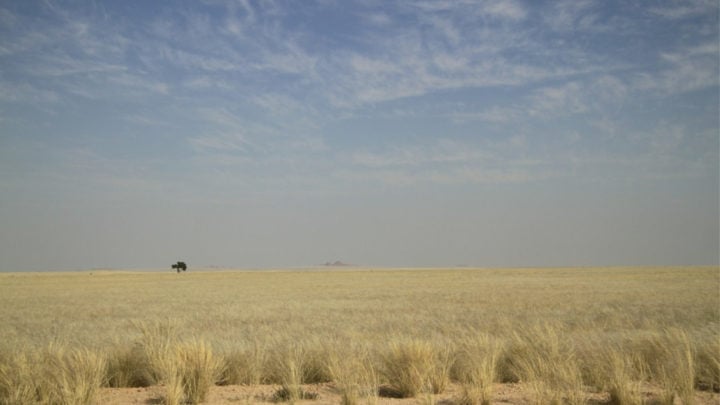 The men were starting to get really thirsty int he desert. Source: Pixabay.

Two guys were lost in a desert. They were hungry and thirsty, and kept seeing water in the distance. But every time they approached, they found it to be merely a mirage.

Then one of them saw a tree in the distance. It had slices of bacon hanging from every branch. Food at last!

“Look,” he said to his companion. “A bacon tree. Where there’s food there’s got to be water as well.”

“No, it’s just another mirage.”

And so he took off, running towards the bacon tree.

But as he neared the tree, there was the sound of rapid gun fire coming from behind it. The guy was badly wounded, but before he died, he yelled to his companion: “Run! It’s not a bacon tree, it’s a hambush!”

Daily Joke: A visitor was strolling along the surf one morning

A visitor was strolling along the surf one morning. During his walk he came upon a fellow, fishing pole clutched in his hands, sound asleep against the side of a huge coastal rock.

Just then the pole began to jerk violently. “Hey, there!” cried the visitor as he roused the fisherman. “Look out there! You have a bite.”

“So I do,” yawned the drowsy one glancing out at the water. “If you don’t mind, will you pull in the line for me?”

The visitor, somewhat surprised, did as he was requested.

“Now, mister,” continued the fisherman. “Put some fresh bait on the hook and cast the line out for me.”

Again the visitor complied. After doing so he turned to the lazy angler. “You know,” he declared. “Anyone as lazy as you ought to get married and have a son to do these things for him.”

“That’s a good idea,” beamed the fisherman. “Know where I could find a pregnant woman?”

Daily Joke: A woman was visiting a modern art museum

Visiting the modern art museum, a lady turned to an attendant standing nearby.

“This,” she said, “I suppose, is one of those hideous representations you call modern art?”

“No, madam,” replied the attendant. “That one’s called a mirror.”

Did this joke make you laugh?