‘I used to like Anzac Day’: Yassmin Abdel-Magied hits out at online trolls 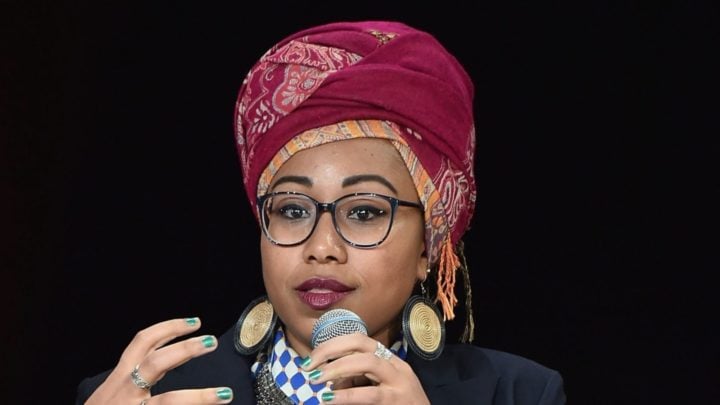 Yassmin Abdel-Magied has hit out at online trolls in an extraordinary Twitter rant, posting a series of angry messages about online abuse in the run up to Anzac Day.

The 28-year-old famously sparked outrage in 2017 when she shared a message online saying, “Lest. We. Forget. (Manus, Nauru, Syria, Palestine…)”, appearing to turn April 25 into political fodder for her views on Australia’s treatment of refugees.

She later apologised and even left the country following backlash over that, plus other controversial social media posts, public statements and damning speeches she’s made in the past.

But now she’s once again addressed Anzac Day online, and began a lengthy rant by telling her Twitter followers that she’d been tagged in a series of posts about journalists experiencing worse online abuse than “ever before”.

“‘Huh’, is my response, mostly cos I’m still waking up. I check the date – it’s almost ANZAC Day,” she then wrote, adding: “I am not quite sure of the appropriate way to process these bits of information.”

She went on to claim that while online abuse can be bad for anyone, it’s much worse for anyone who is “black, indigenous, person of colour”.

“Yes, online abuse on Twitter is a sh*tshow,” she wrote. “But if you’re a white middle class man, you’re probably getting the easier end of it.

“If you’re a BIPOC (black, indigenous, person of colour) in Australia, you’ve been accustomed to it.”

She went on: “If you’re white in Australia, you’ve had a (relatively) comfortable time in the public eye. That’s not to say it’s been objectively fine, but in comparison to your BIPOC (and Muslim) colleagues, it’s a walk in the park.”

Abdel-Magied then offered her followers advice on how to deal with hurtful online abuse – which gained her praise from many followers – and finally concluded: “I used to really like Anzac Day, you know? I’d go to a march, think about the banality of evil, smile and nod at veterans, have a cry.

The activist, who has previously described herself as Australia’s “most publicly hated Muslim”, has been slammed by Aussies in the past for statements where she called the country her “abusive husband”, as well as comments on Anzac Day.

Read more: Yassmin Abdel-Magied asks: ‘What does it take to be forgiven?’

The former ABC presenter caused waves in Australia with the message and her words were interpreted by many as a dig at Australia’s veterans and disrespectful to the sacrifices our diggers made in Gallipoli.

As a result, her ABC show Australia Wide was cancelled and Abdel-Magied vowed to move abroad to escape the hate she received for her comments.

What do you think of her latest posts? Should she be forgiven?