Red or white? Your preferred wine says a lot about your personality 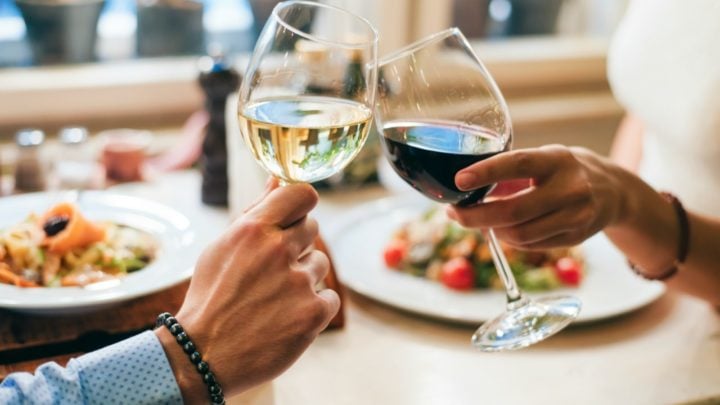 Your choice of wine can say a lot about your personality. Source: Getty

New research has found that the type of wine you drink can say a lot about your personality.

If you prefer to stay up late, consider yourself an extrovert and identify as curious, sarcastic and a perfectionist, results found you’re probably a white wine drinker.

The survey of 2,000 Americans, commissioned by Coravin and conducted by OnePoll, looked at the differences in personality traits between those who drink white wine and those who prefer red.

On the other hand, red wine drinkers tended to be early rises, listen to jazz music and were more likely to identify as adventurous, humble and organised. They also consider themselves introverts, prefer dogs to cats and more likely to be a wine connoisseur.

Meanwhile, it comes after a study found out red wine might not be all bad when it comes to high blood pressure.

A molecule found in the drink could one day be used to lower blood pressure and target other major heart and circulatory diseases, British researchers have claimed. A new study led by researchers from the King’s British Heart Foundation Centre of Excellence says the molecule, known as resveratrol, is a compound produced by the skins of certain fruits such as grapes in self defence against insects, bacteria and fungi.

The study, published in the Circulation Journal, also demonstrated that resveratrol works in the same way in smooth muscle cells from human blood vessels. At present, there’s no medication or treatment that specifically targets this pathway and the findings could lead to the development of new blood pressure medications.

Which do you prefer?