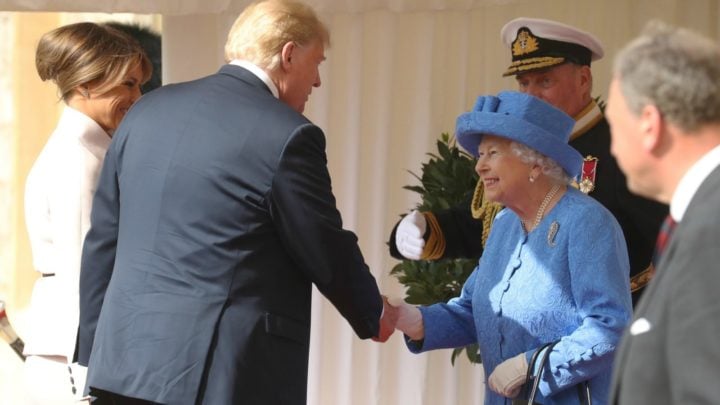 After much back-and-fourth US President Donald Trump and First Lady Melania Trump will make a three-day visit to the United Kingdom in early June.

Buckingham Palace and the White House announced Tuesday that Trump has accepted an invitation from the Queen to visit the UK. The much-anticipated visit will take place from Monday 3 June to Wednesday 5 June.

“This state visit will reaffirm the steadfast and special relationship between the United States and the United Kingdom,” the White House said in a statement.

Meanwhile, in a tweet, the palace confirmed “the President of The United States of America, President Donald J. Trump, accompanied by Mrs Melania Trump, has accepted an invitation from Her Majesty The Queen to pay a State Visit to the UK”.

It will mark the president’s first state visit to the UK, though he made a working visit last July. Further details of the state visit will be announced in due course.

The President of The United States of America, President Donald J. Trump, accompanied by Mrs Melania Trump, has accepted an invitation from Her Majesty The Queen to pay a State Visit to the UK. pic.twitter.com/e3ANW9bUKa

Following the historic meeting last July it was widely reported that Trump and First Lady Melania arrived late to Windsor Castle, along with claims that other members of the Royal family refused to meet the US leader.

However, speaking at a Make America Great Again rally in Pennsylvania in August last year, Trump denied being late to meet the monarch, instead revealing that Queen Elizabeth actually kept him waiting for 15 minutes because he arrived early.

“I was asked to have tea with the Queen, who is incredible by the way. Incredible,” he says in a video shared by The Sun. “I landed and I’m on the ground and I’m waiting with the King’s and the Queen’s guards — wonderful people. I’m waiting.

“I was about 15 minutes early and I’m waiting with my wife and that’s fine. Hey, it’s the Queen, right? We can wait. But I’m a little early.”

Are you a fan of Donald Trump and the British royal family?