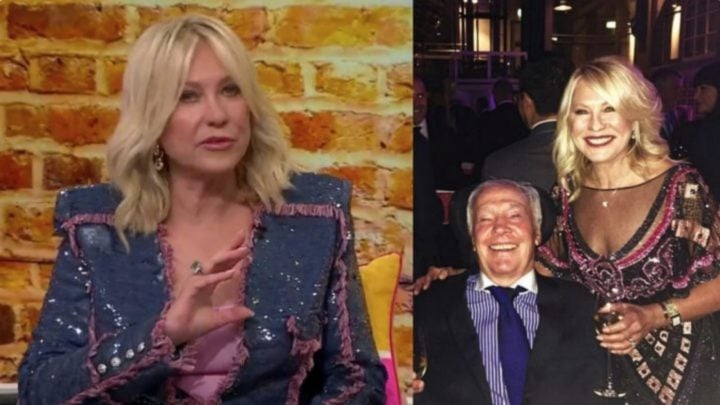 Kerri-Anne Kennerley has opened up about her struggle to handle her husband John’s estate following his sudden death in February.

The Studio 10 host told The Sydney Morning Herald that John took care of most of their paperwork and legal affairs, meaning she didn’t have to worry about it for most of their marriage, and that she was finding it challenging trying to organise his affairs while still grieving his death so deeply.

“There’s a lot of paperwork to do and I’m not great at paperwork, that was John’s domain,” she told the Fairfax publication.

“It’s not just missing someone that’s been hard, but tieing [sic] up his affairs and dealing with a lot of legal-type stuff. It’s been a very big learning curve and you can’t get away from it.”

John passed away aged 78 on February 27. The last three years of his life he was wheelchair-bound after he sustained spinal cord damage following a freak fall in 2016, when he slipped off a balcony at a golf course in Coffs Harbour.

He was placed into an induced coma and taken to Sydney where he had emergency surgery on his spine, but the incident left him paralysed and he had to relearn how to speak.

The couple shared John’s road to recovery with Kerri-Anne’s fans and the pair were always open about how hard they’d worked on his rehabilitation.

“Without her I don’t think I would have attempted it but, as I say, she was there when I woke up and she has been with me every day,” he said of his recovery, during an interview with Channel 7’s Sunday Night program.

When she announced his death the morning after his passing, Kerri-Anne described John as the love of her life.

“As you all know, John has faced some tremendous challenges over the past few years and with each he has been extraordinarily brave and determined to overcome those hurdles and live a normal life,” she wrote.

“John passed away peacefully with his Simon and I by his side.”

The veteran TV returned to Studio 10 in March and revealed John’s death had come as a shock to her and his family.

Read more: Kerri-Anne breaks down in tears as she returns to Studio 10 after John’s death

“It was a shock, because I thought I would really have John for many, many, many years to come. And a lot of things happened very quickly so it was a terrible shock,” she said.

“I liken it to sort of being sucked into that Universe black hole where everything is so dense, you’re in this black hole that’s so dense, not even light can get out.”

She added: “But that said, John and I have been a team for too many years, so many years, and we were always together, we were thought of as two and now there’s only one. It hurts, but I still think how he would expect me to act, to be, there’s a lot of decisions being made.”

Can you relate to what Kerri-Anne is going through? Do you admire the way she’s carried on?