Jane Fonda reveals tragic secret about her past 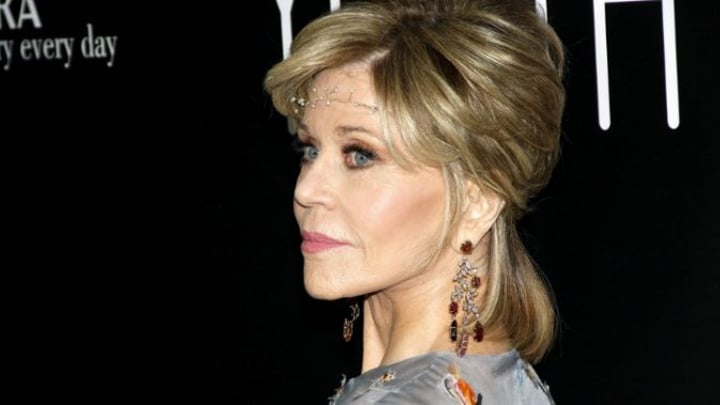 Jane Fonda shot to fame in the 60s and earned her notoriety in the 70s.

She may seem like a woman who’s never afraid to speak her mind, but Jane Fonda has opened up for the first time about a dark moment from her childhood and her difficulty dealing with it.

Speaking with fellow actress Brie Larson for Net-a-Porter’s The Edit, Fonda opened up about being a victim of sexual assault.

“I’ve been raped, I’ve been sexually abused as a child and I’ve been fired because I wouldn’t sleep with my boss and I always thought it was my fault; that I didn’t do or say the right thing,” she said

“I know young girls who’ve been raped and didn’t even know it was rape. They think, ‘It must have been because I said “no” the wrong way.’ One of the great things the women’s movement has done is to make us realise that [rape and abuse is] not our fault. We were violated and it’s not right.”

In the past, Fonda has spoken about her difficult relationship with her mother Frances Ford Seymour who committed suicide in 1950.

She had also been sexually abused as a child, with Fonda saying it wasn’t until discovering this after her mother’s death she realised why their relationship had been so strained.

“The minute that I read that, everything fell into place,” Fonda said at an event for the Rape Treatment Centre. “I knew why the promiscuity, the endless plastic surgery, the guilt, the inability to love or be intimate, and I was able to forgive her and forgive myself.”

Despite her tough demeanour, she told Net-a-Porter it wasn’t until she reached her 60s that she finally learned how to say no to people and stand up for herself.

“It took me 60 years to learn how to say no,” she said. “If anyone offered me anything I would say yes. I took parts I wasn’t right for and I was taken advantage of. I didn’t know how to stand up for myself. Now, I would say, ‘No. This is a piece of s**t. I don’t like the way you’re treating me,’ and leave. If only I had known then what I do now.”

What are your thoughts on this? Can you relate in any way? Have you followed Fonda’s career over the years?