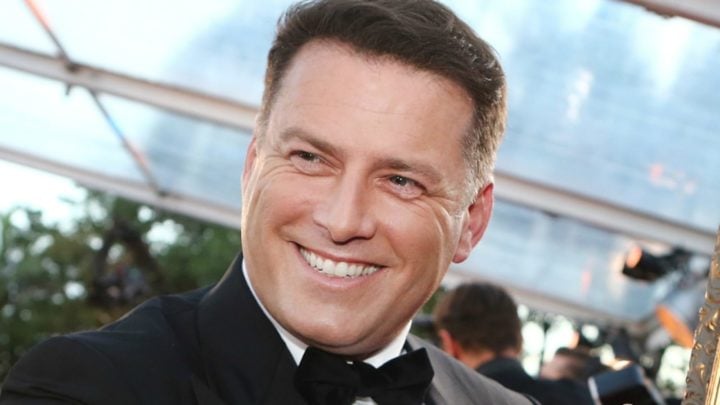 Peter and Karl Stefanovic both said goodbye to their careers at Channel Nine at the end of last year. Source: Getty.

He was sensationally axed from his long-standing role on Channel Nine’s Today show at the end of last year, as part of a huge reshuffle at the network, however Karl Stefanovic has barely been out of the headlines since.

Now Karl’s younger brother Peter Stefanovic has claimed that is due to the fact the 44-year-old is “the biggest star in Australia”, calling for him to be reinstated as a regular fixture on the country’s TV screens.

Peter, who was also cut loose from Channel Nine, while his wife Sylvia Jeffreys also said goodbye to her role on Today, said Karl was aware he was bound to cop some flack after his highly publicised departure, following 15 years at the helm of the breakfast show.

The 37-year-old, who now works on Sky News show First Edition told News.com.au: “Karl was always going to cop it. He’s the biggest star in Australia, he knew he was gonna cop it.

Karl recently made his return to show business, after landing himself a role as a weekly contributor on Steve Price’s afternoon radio show on 2GB.

Making his radio debut last week, Stefanovic made a splash as he discussed the plans to ban people from climbing Uluru with Price, leading the radio host to brand his new guest star “too PC” in a debate over the controversial topic.

Earlier this month, Karl addressed his departure from Nine publicly for the first time, claiming in a post Logies interview that he was “struggling” towards the end of last year and wasn’t at his best.

At a Logies brunch following the prestigious awards bash, the popular reporter admitted he’s feeling much “clearer” after taking a break from TV.

“It had taken its toll, a lot of the attention – all the unwarranted attention I thought and you can’t control any of that, I’m not going to complain too much about that, but what it meant was that in a work capacity I don’t believe for a second I was at my best,” he said, reports News.com.au. “I think I was struggling towards the end of last year.”

The father-of-three said it was actually a “relief” to step back from the spotlight, admitting he wasn’t in the right headspace to be in such a top role with the program at that time. In fact, he claimed you needed to be at “the top of your game” to be in that position – which he wasn’t.

Are you a fan of Karl Stefanovic? Do you miss seeing him on TV?