She’s still got it! Dolly Parton ramps up the glam in sequins and sky-high heels 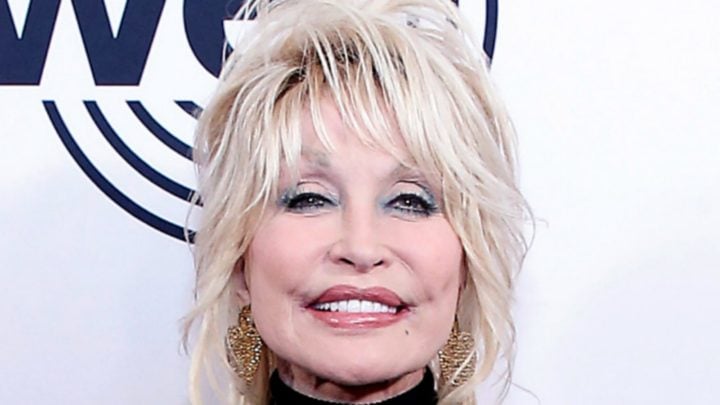 Dolly Parton may be known for her larger-than-life personality, amazing voice and good looks, but the 73-year-old is so much more than just a star of the stage and screen.

She’s also an influential philanthropist who’s raised millions of dollars for people in need of help. And she was honoured for her good works at a star-studded ceremony held by the We Are Family Foundation in New York City on Tuesday night.

The ‘Jolene’ singer commanded attention in the figure-hugging outfit which included a pair of sequinned pants and a matching long-sleeved top, proving she’s never one to shy away from a bold fashion choice.

Dolly’s stunning appearance comes the same day the 73-year-old took to Instagram to share the first official trailer for her upcoming Netflix anthology series, Dolly Parton’s Heartstrings, which will be made up of eight one-hour standalone episodes.

She captioned the post: “Ever since I was a little girl I’ve dreamed of turning my songs and stories into movies for the world to see… and here they are. Eight stories inspired by eight of my songs!”

The highly-anticipated series, which will feature both new and old songs, such as ‘Two Doors Down’ and ‘These Old Bones’, will also include special appearances by the singer.

Ever since I was a little girl I’ve dreamed of turning my songs and stories into movies for the world to see…and here they are 💕 Eight stories inspired by eight of my songs! “Heartstrings” premieres November 22 only on Netflix! #DollyNetflix

Many fans were quick to share their excitement about the new series, with one writing: “Just a lil excited! Ok, ok, a lot!! Love Dolly, Cant get enough!!”

Another added: “Dolly this is just what I needed!” While a third wrote: “I’m so excited!!”

The country music superstar made her debut in 1967, with her album Hello, I’m Dolly, which become an immediate success. In her long, fruitful career, Dolly has recorded an array of hits including two-time chart-topper ‘I Will Always Love You’, ‘Jolene’, ‘Coat of Many Colours’ and ‘9 to 5’.

She has also had a successful acting career, receiving a Golden Globe in 1980 for New Star of the Year for her performance in 9 to 5 and has appeared in many films over the years including The Best Little Whorehouse in Texas (1982), which earned her a Golden Globe nomination, Rhinestone (1984) and Steel Magnolias (1989).

Are you a fan of Dolly Parton? Will you be watching her upcoming series?