The fight of the ‘mites — which is Australia’s favourite spread? 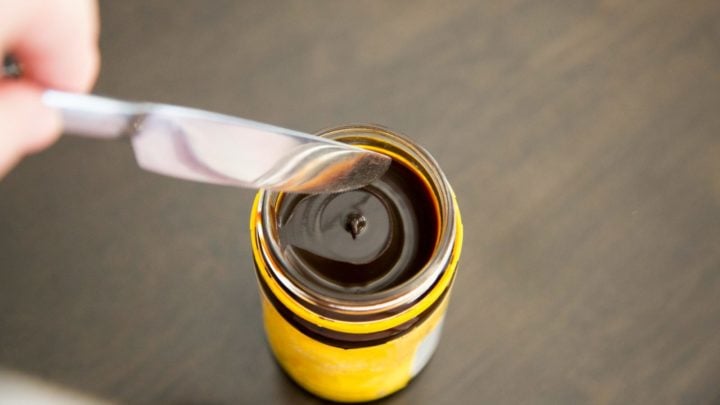 Vegemite is an Aussie breakfast staple, with over 22 million jars of the popular spread sold every year. Source: Getty.

While we all have a preference for either Vegemite, Marmite or Mightymite, is there a national favourite? A consumer review carried out by Choice has revealed the ultimate yeast or vegetable spread.

A total of nine products, including Marmite, OzEmite, ProMite and Vegemite’s gluten-free and salt-reduced varieties, were put under the microscope by 31 Choice staff who put their tastebuds on the line to determine which was the most superior spread.

In a blind taste test, samples were served on white bread with a non-dairy spread in a randomised order.

Not only did Vegemite Reduced Salt take out the top spot — it also fooled the customer advocacy group’s taste testers. More than a third (35 per cent) thought the salt-reduced version was the original Vegemite.

Meanwhile, the taste testers had a few things to say about British Marmite.

“Everything about this is bad,” Sunny said, while Andrea added, “Wow, I hate it. Tastes and smells like chemicals.” Kate B added: “Strange caramel colour, funky smell, gross taste. AVOID!”

There wasn’t much love for Promite Vegetable Extract Spread either, with Jason commenting: “Is there mustard in this? I feel sick. HATE.” Kim added, “Greasy, paint-like concoction,” while Kate B said: “Awful flavour, barely edible.”

While Vegemite’s salt-reduced version was a hit, the gluten-free offering wasn’t as popular among the taste testers.

“Like a stock cube that hasn’t dissolved,” Amanda said, while Erin F added: “So very bad.” Graham B said the spread had a horrible aftertaste.

Are you a fan of Vegemite? Which brand is your favourite?