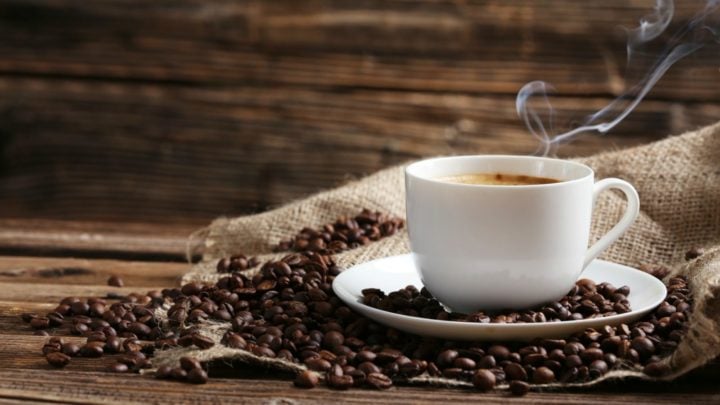 Drinking a hot cup of coffee in the morning is a pastime many Australians couldn’t live without, with many remaining loyal to one particular brand, and now a survey has revealed which brand of instant coffee is the country’s favourite.

A study conducted by Choice put 14 popular instant coffees to the test, including the well-known Nescafe, Moccona and Lavazza, to see which tantalised the tastebuds. The products of varying tastes and textures were blind tested by a group of 46 coffee-lovers with Coles beating its pricier rivals with its own brand Fairtrade Freeze Dried Coffee.

In a surprising twist, the coffee received an overall score of 74 per cent and as an added bonus was highlighted as the cheapest option out of the top five with a price of just $4. Following closely behind was Moccona Barista Reserve Smooth Espresso on 72 per cent and Nature’s Cuppa Organic Coffee with 70 per cent.

As part of the survey taste testers were randomly assigned coffee samples and instructed to prepare it in the same way as they would normally drink their coffee. Participants were asked to give an overall rating for each coffee sample on a seven point scale ranging from “excellent” to “terrible”.

These numbers were then converted to an overall percentage score. They were also asked to rate the intensity of the coffee flavour and to select from a range of 17 descriptors that best described the coffee.

The Coles coffee was described as “full-flavoured”, “full-bodied” and “satisfying” with many claiming they would confidently serve it to friends and visitors. While Nescafe was praised for its “strong” and “hearty” flavour with a “nice aftertaste of actual coffee”. Moccona on the other hand was recognised as a “delicious coffee” with “intense coffee flavour that is not overbearing”.

The survey has been seen as a win for Coles with a spokesperson for the supermarket claiming they are “proud” to hear their brand coffee is loved by many across the country.

“With Coles Own Brand our mission is to inspire Australia’s love of food by being truly customer obsessed in delivering brands and products that we are proud of and our customers recommend above all others,” they said.

“Coles is committed to continually increasing our use of certified cocoa as ingredients in our Own Brand products.”

Do you drink coffee? What is your favourite instant coffee?