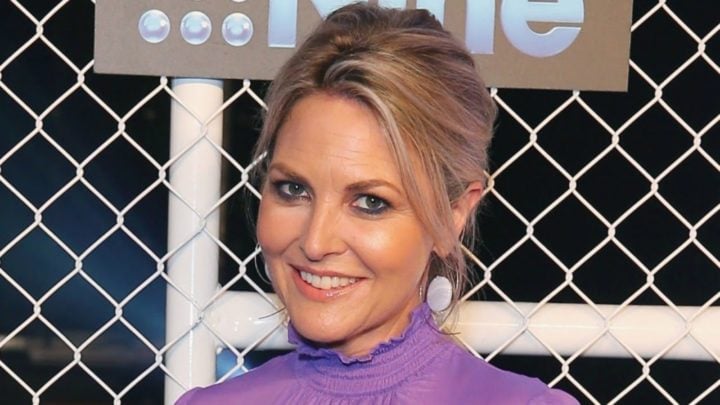 Georgie Gardner has revealed her lowest moment on The Today Show. Source: Getty.

They’ve been forced to deal with a slew of cruel comments online and even false reports in the media recently and now Today show hosts Georgie Gardner and Deb Knight have hit back in an open radio interview.

While Georgie, 48, previously appeared alongside former host Karl Stefanovic, 44, on the show, Deb, 46, joined once he had left at the end of last year. However, it doesn’t mean Georgie has been immune to negativity following the revamp.

Speaking to 2GB, she revealed her lowest moment during her time on the show and insisted they both know ratings have fallen, but it’s only because of the rise of other media platforms offering more choice.

Revealing her hardest time on the show, Georgie said it came after The Daily Telegraph published a false report in February claiming viewers were switching off because of her.

The newspaper later withdrew the comments and issued an apology, accepting the claims were wrong.

“I had an experience earlier this year that was pretty tricky to contend with — it’s no secret, The Daily Telegraph writing outright lies about me,” Georgie told Ben Fordham on the radio show.

“And coming in at four o’clock in the morning and being confronted with that was very tough I’ve got to say, probably one of the lowest times I’ve ever had while being on air.”

Deb insisted while it was a difficult time, it meant a lot of people spoke out in Georgie’s defence too – showing how dedicated Today‘s audience is.

“We do have a really lovely core Today audience that I am greatly appreciative to and you’re right Deb, people do come out in support,” Georgie added to that.

“But there’s no getting around it; the scrutiny is intense, and at times it’s hurtful.”

The pair also admitted they were well aware of the fall in ratings since Karl’s exit, but said they’re surprised how much publicity it’s getting.

“We’re constantly perplexed because it’s disproportionate the amount of rubbish that is written about the show compared to the people who are watching,” Georgie said.

She added that with more emerging TV shows and other media outlets, there are more options for people which will lead to a spreading out of viewers.

Read more: ‘Friday will be my last day’: Another star confirms departure from Today show

“We know for a fact that sadly the audience numbers have dropped over time, it’s a bit more fractured now there’s so many other sources where people get their information,” she added.

“Gone are the days where the Today show just had the lion’s share of audiences across all platforms.”

What do you think of the new Today show panel? Are you a fan?