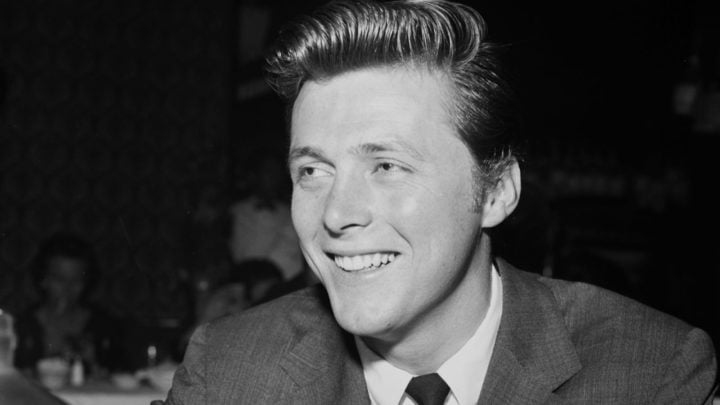 News of the Grease star's death was confirmed by his son Logan Byrnes. Source: Getty.

The actor’s son Logan Byrnes confirmed the news on Facebook on Thursday as he penned an emotional message, in which he described his late father as “an ambitious young kid who drove out to Hollywood in his 20’s … with a dream of making it big in the entertainment business”.

Edd did go on to make it big in the entertainment business and, in a career spanning five decades, he landed roles in huge Hollywood movies and countless TV hits, such as Charlie’s Angels (1981), Fantasy Island (1978-1982), Married With Children (1992) and Murder She Wrote (1990-95).

However it was his role as Kookie in 77 Sunset Strip that fans will best remember him for, along with his performance as smooth operator Vince Fontaine in hugely popular musical Grease.

“It is with profound sadness and grief to share with you the passing of my father Edd Byrnes,” Logan, who works as a news anchor in Los Angeles, said.

“His is the story of an ambitious young kid who drove out to Hollywood from New York City, in his 20’s with a few hundred dollars and a dream of making it big in the entertainment business.”

Logan added: “Edd died peacefully of natural causes at his home in Santa Monica, California at the age of 87.”

Tributes to the late star also flooded in on social media, as fans and colleagues paid their respects to Edd. One fan wrote: “Edd Byrnes died today at 87. I got a record player for Christmas and first 45 I bought was Kookie, Kookie lend me your comb. RIP.”

Another commented: “77 Sunset Strip was a ginormous deal, so much so, schoolchildren concocted parody songs to its theme. Or chanted the actual tune in schoolyards. The small screen had never seen anything like Edd Byrnes. His death signals the close of an era.”

While a third tweeted: “Sad to hear of the passing of #EddByrnes – though famous for #77SunsetStrip , I knew him as #VinceFontaine in #Grease – tried to put an aspirin in Marty’s Coke! I love that movie! RIP #Kookie.”

Were you a fan of Edd Byrnes? Do you remember watching him in 77 Sunset Strip?