Daily Joke: A lady stumbled into the police station 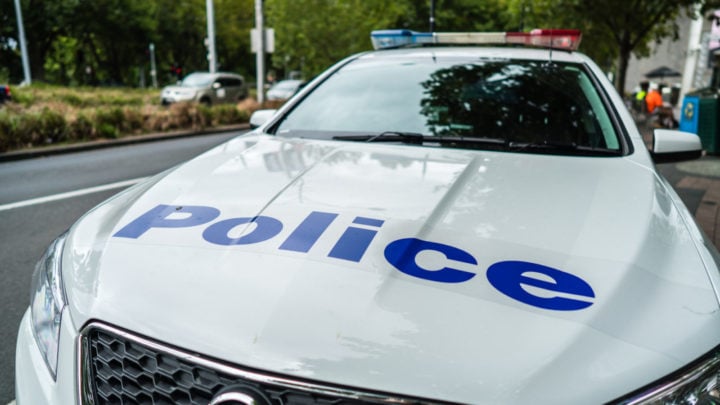 The policeman was sent to investigate. Source: Getty.

One night, a lady stumbled into the police station with a black eye. She claimed she had heard a noise in her back yard and gone out to investigate. Then, the next thing she knew, she was hit in the eye and knocked out cold.

An officer was sent to her house to investigate, and he returned an hour later with a black eye.

“Did you get hit by the same person?” his captain asked.

Daily Joke: A patient was lying in bed

A patient was lying in bed, still groggy from the effects of a recent operation. His doctor came in, looking very glum.

“I can’t be sure what’s wrong with you,” the doctor said. “I think it’s the drinking.”

“Okay,” the patient said. “Can we get an opinion from a doctor who’s sober?”

There was a religious woman who had to do a lot of traveling for her business. Flying made her very nervous, so she always took her Bible along with her. One time, she was sitting next to a man. When he saw her pull out her Bible, he gave a little chuckle and smirk and went back to what he was doing.

After awhile, he turned to her and asked: “You don’t really believe all that stuff in there do you?”

The woman replied: “Of course I do. It is the Bible.”

He said: “Well, what about that guy that was swallowed by that whale?”

He asked: “Well, how do you suppose he survived all that time inside the whale?”

The woman said: “Well, I don’t really know. I guess when I get to heaven, I will ask him.”

“What if he isn’t in heaven?” the man asked sarcastically.

“Then you can ask him,” replied the woman.