Daily Joke: A farmer uses his horse to help out a man 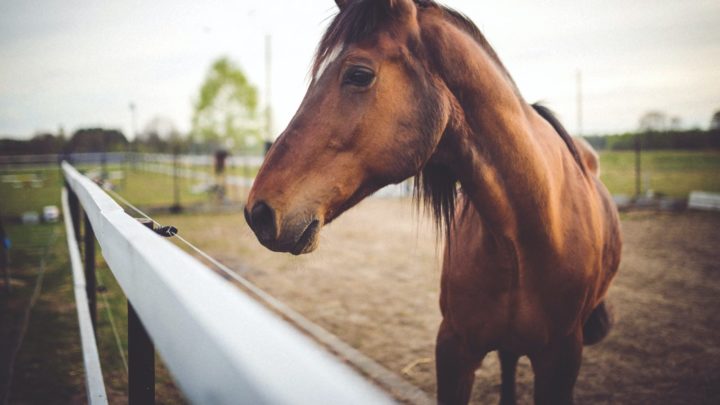 A guy’s car broke down so he pulled over to the side of the road. Luckily there was a farm nearby where he asked the farmer if he could help him out. The farmer said: “Sure just let me get my horse, Bruce”.

So they hooked the car up to the horse and the farmer called out: “Giddyup Sonya!”

The horse didn’t move so the farmer called out: “Giddyup Tonya!”

Again, the horse didn’t move. “Giddyup Bruce!” Finally, the horse moved. When they got back, they fixed the man’s car and he thanked the farmer. Then, he asked him why he called the horse different names.

“Well,” the farmer started, “Bruce is blind and if he thought he was the only one pulling, he wouldn’t even try!”

A man is telling his mates what happened last night

“Get this,” said the man to his mates, “Last night while I was down the pub with you guys, a burglar broke into my house.”

“Did he get anything?” his mates asked.

“Yeah, a broken jaw, six teeth knocked out, and a damaged groin. The wife thought it was me coming home drunk.”

A man complained about his wife

“That wife of mine is a liar,” said the angry husband to a sympathetic pal seated next to him in the bar.

“How do you know?” the friend asked.

“She didn’t come home last night, and when I asked her where she’d been, she said she’d spent the night with her sister, Shirley.”

“So?” the friend replied.

“So, she’s a liar. I spent the night with her sister Shirley!”