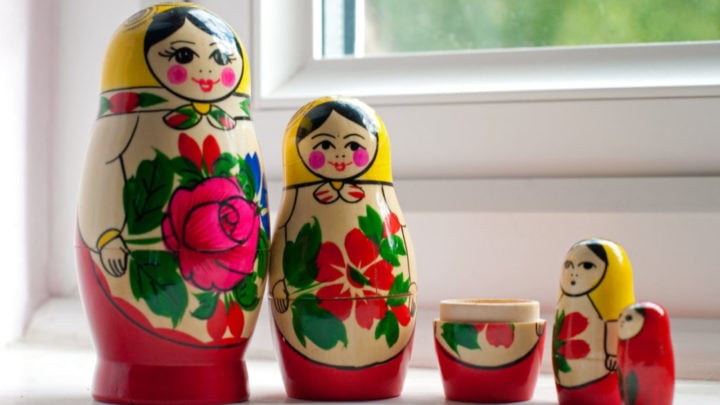 It has been claimed that - rather than downsizing - pensioners are throwing their cash into larger properties instead. Source: Getty.

It’s not uncommon for older Australians to downsize in later life, choosing to swap large family homes, perhaps with a garden and several storeys, for something cheaper and more manageable. However a new trend has apparently emerged across the country, with retirees opting to buy even larger homes instead or throwing tens of thousands of dollars into renovation projects.

The trend of ‘upsizing’ sees older Aussies choosing to invest their financial assets more heavily into property, buying bigger, more pricey homes as a way of making the funds exempt from the age pension asset test. The reason for doing so is that an individual’s primary residence is taken out of the equation when their eligibility for the Age Pension is assessed.

Sometimes dubbed the “last great loophole”, the Australian government does not count the home you live in, and up to two surrounding hectares of land, when assessing your eligibility for the pension. It doesn’t matter whether you own a one-bedroom unit or a waterfront mansion, they’re exempt all the same. However the issue often sparks debate about the fairness of the current pension system.

Discussing the trend in part four of The Australian’s ‘On the Fence’ podcast, financial planner Heidi Schwegler said that it stemmed for people feeling entitled to fortnightly pension payments. She said: “[People] feel as though it is their right, I will crawl over hot coals to get $1 of pension and if that means I have to sell my home and buy a more expensive home, then I will.”

While fellow panellist Ian Yates, from the Council on the Ageing, added that some pensioners firmly believe that valuable houses should affect a person’s eligibility for the fortnightly payments, while criticising the tax system for encouraging people to invest the bulk of their money in property, rather than investing in their retirement income.

“People will say I’ve got an ­average kind of home, I’ve got my fin­ancial assets, and I don’t get the pension or only a little bit,” he said. “And my mate who’s worth exactly the same but invested heavily in the house, he’s getting a full Age Pension. That’s not fair.”

Earlier this week pension experts suggested that people’s postcodes should be used to work out a person’s eligibility for the pension, in a bid to even out what they say is an unfair system that allows older Australians with million-dollar houses to receive the full entitlement of $933.40 per fortnight.

Anthony Asher, an actuary and associate professor at the University of New South Wales, came up with a concept that would see the median value of homes in a given postcode used to determine what proportion of a property’s value was assessed in Centrelink’s assets test.

“It’s hardly fair,” Asher wrote in a piece published by The Conversation. “It encourages retirees with homes to stash more and more of their assets into them in order to get the pension (and pass something valuable on to their children. Retirees with lesser assets miss out and have to rent.”

It’s the latest in what’s likely to be a long-running series of suggestions for reforming the Australian retirement income system, amid a Treasury review that will examine the three pillars of retirement income: the pension, compulsory superannuation and voluntary savings.

The Australian’s Economics Editor Adam Creighton also discussed the emotional and financial aspects of downsizing on the latest edition of the podcast and spoke to real-life downsizer Gabrielle, who traded her five-bedroom home for a two-bedroom apartment in 2017 – and has never looked back.

“The biggest psychological challenge was leaving all of the memories behind,” Gabrielle, who downsized in 2017, told the podcast. “I had my children grow up there, I had a long and happy marriage with my husband, who then sadly passed away while I was still in the house. The emotional part of it was making the break.”

She added: “If somebody would have told me five years ago that from living in a leafy, quiet suburban big home, I shall move into a noisy city multi-apartment building, I would have said, ‘You must be joking. I’ll never do that.’ And yet here I am. I made that step and I couldn’t be happier.”

Have you already downsized? Do you think the primary home should be included in the asset test?