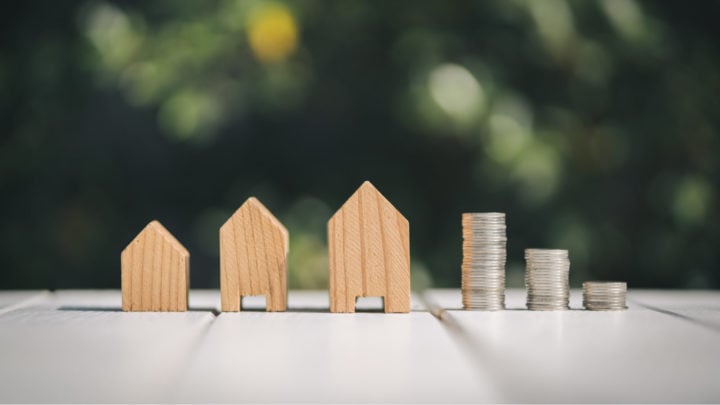 Taxes on the transfer of properties, such as stamp duty, may provide a disincentive for individuals to downsize. Source: Getty

Older Australians are staying in their homes and only downsizing when forced to by a serious health issue or the death of a partner that leaves them unable to age in place. Those were the findings of a new analysis of census figures by research body Australian Housing and Urban Research Institute (AHURI).

The report found that taxes on the transfer of properties, such as stamp duty, may provide a disincentive for individuals to downsize.

What is stamp duty?

Stamp duty is a government tax on certain transactions. You generally need to pay it when you buy a motor vehicle, insurance policy or real estate.

In relation to property purchases, the amount of stamp duty will vary depending on where you live, the type of transaction taking place, and its value. By using an online Stamp Duty Calculator, you can determine how much stamp duty applies to the property you plan to purchase. The amount may also depend on the type of property you are buying, or whether you’re purchasing an established home, new home or vacant land.

How does stamp duty impact downsizing?

Research has consistently shown that while many consider downsizing, the cost of stamp duty is the biggest barrier to purchasing a smaller property, closely followed by the cost of moving and the potential impact of sale proceeds on the age pension.

Given that housing plays an important role in the retirement savings puzzle, these findings are concerning for Aussie homeowners who expected to profit excess funds to boost their retirement fund through downsizing.

“Stamp duties can have a substantial effect on property transactions, with a 10 per cent increase in stamp duty lowering turnover by 3 per cent annually,” the AHURI report stated.

“Although that study does not focus on the activities of older Australians specifically, the findings reflect the concerns expressed by the Productivity Commission (2014) and the Henry Tax Review (2010) on the deleterious effects of taxes such as stamp duty on geographic mobility.”

Findings by the AHURI also revealed that similar themes were uncovered through a survey conducted by National Seniors Australia in 2013 of over 1,300 older Australians. When asked to identify their reasons for not considering downsizing in the future, key factors included the effort associated with moving and the challenge of finding a smaller home in their budget.

Earlier this year, it was announced that stamp duty rebates of up to $50,000 will be offered to West Australian property buyers purchasing new off-the-plan apartments in a bid to revive the state’s struggling property sector.

The 75 per cent stamp duty discount would be available to people who signed a pre-construction contract to purchase a new apartment within the next two years. For a $500,000 apartment, the change would represent a stamp duty saving of more than $13,000.

Victoria, the Australian Capital Territory and Northern Territory also have schemes in place to encourage downsizing. The ACT scheme is the most generous, waiving stamp duty on the sale of houses that sell below $680,500, with the value of the concession declining on a sliding scale up to $895,000. Tasmania currently offers a concession, but there is no commitment to this beyond the 2019-20 financial year.

Are you thinking about downsizing? Are there any barriers preventing you from doing so?