Want to make up for lost travel time? Catch up with a 110-day trip around the world! 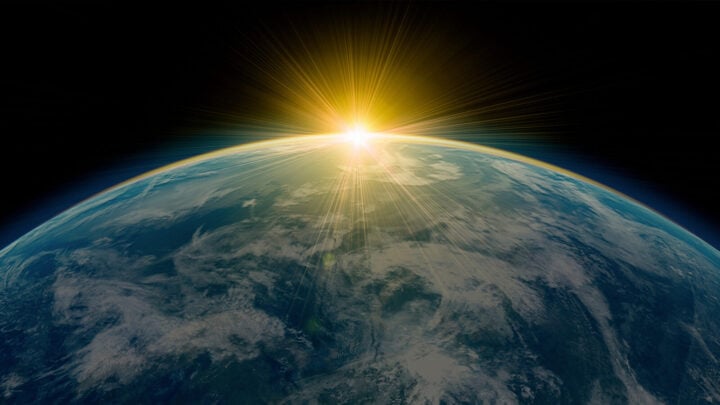 It’s an exciting time for cruise lovers to start dreaming ahead.

Princess Cruises’ annual circumnavigation of the world has just been announced for a new season, with departures confirmed from Sydney (April 2024) and Brisbane (May 2024). This cruise is a true trip of a lifetime, spanning 110 nights, six continents, 36 countries and 47 destinations.

Cabins go on sale on Thursday the 2nd of December. Despite being nearly two-and-a-half years away, places are expected to fill unusually fast. Many guests from cancelled 2021/22 cruises have already had the chance to rebook on this date ahead of the general public, meaning availability will far slimmer than usual.

To make it easier, Travel at 60 (our dedicated travel agency for Australian over-60s) has secured a strictly limited number of cabin allocations from both Brisbane and Sydney. These will be offered on a first-come-first-served basis, so be sure to make a quick, no-obligation expression of interest for help securing a place.

To whet your appetite, here are some of the many, many wonderful destinations you can enjoy on this once-in-a-lifetime adventure. 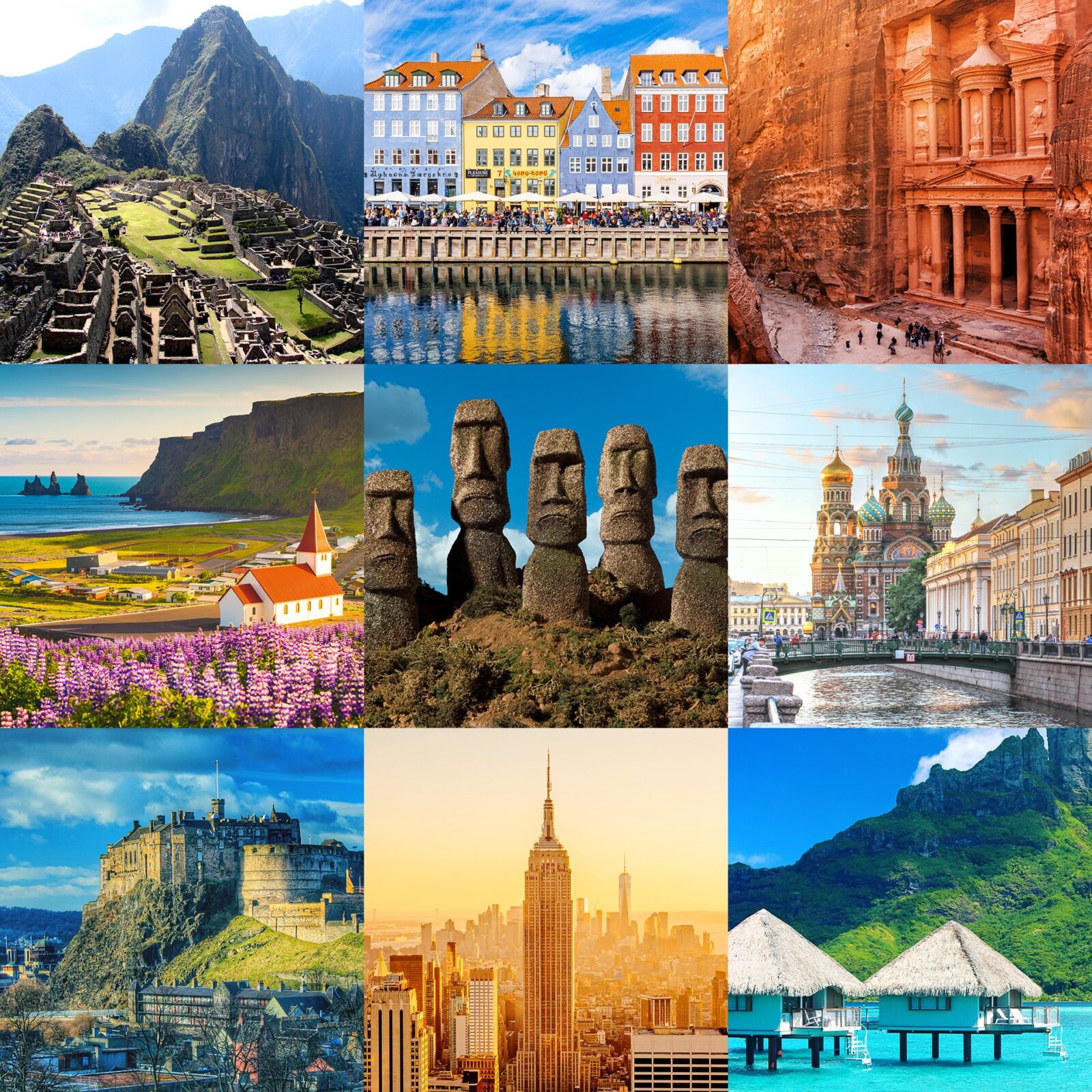 On this 3+ month roundtrip – during which you’ll only have to unpack once – you’ll have the opportunity to swim in the Blue Lagoon in Iceland, experience the breathtaking cliffs on the Mediterranean, gaze up at the New York skyline, stand on the equator in Ecuador, pass through the Panama Canal and witness the extraordinary monoliths of Easter Island.

There are stunning tropical islands, UNESCO World Heritage sites, famously beautiful and bustling cities, and more chances to spot exotic wildlife than you can poke a stick at. 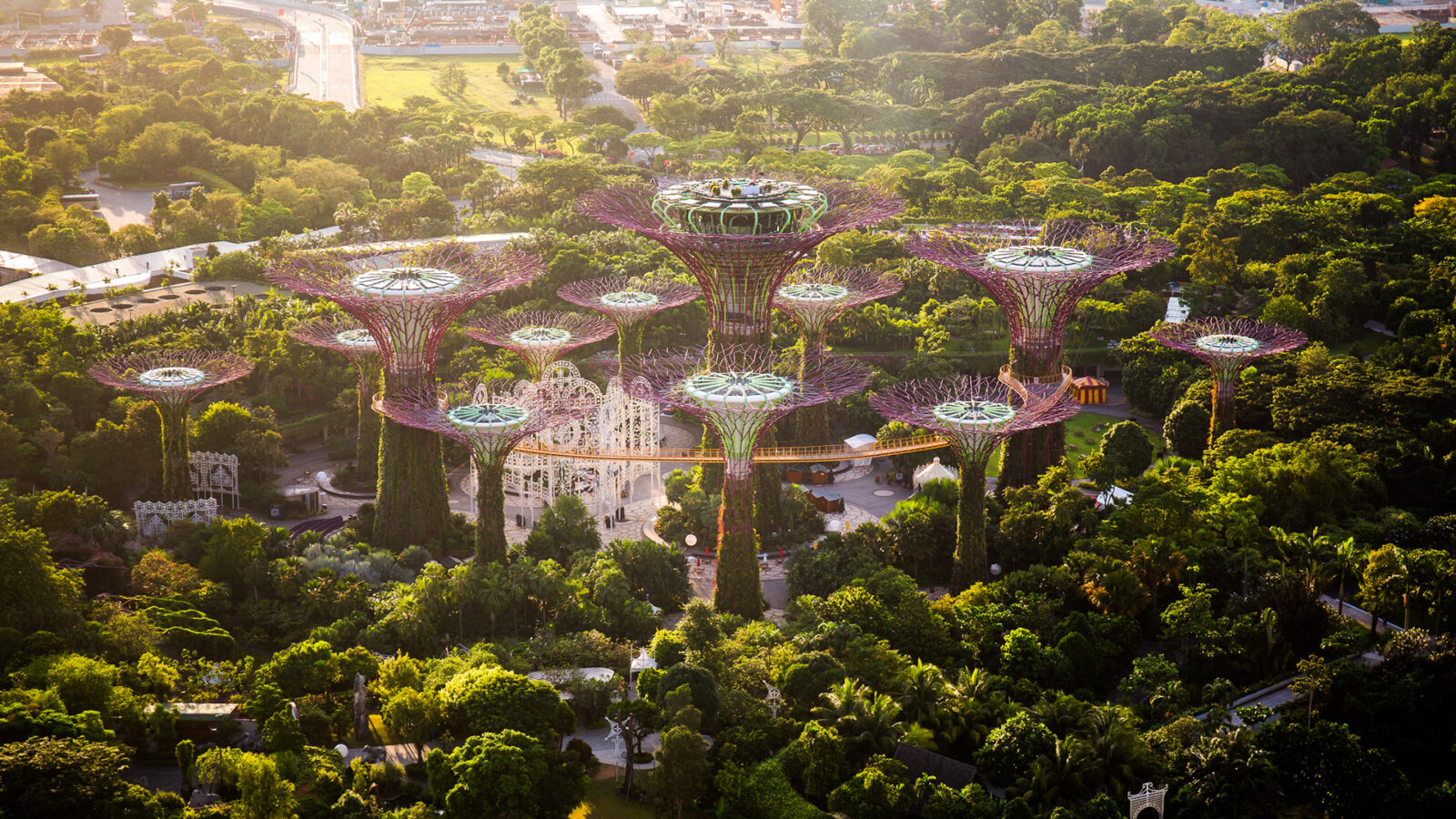 The ‘Supertrees’ in Singapore’s Gardens by the Bay tower over a huge urban oasis. The enormous tree-like vertical gardens reach up to 50 metres and are covered in hundreds of thousands of plants. At night, they come alive with a captivating light and sound show. Want a different view (and a different photo)? Take it from the walkway which connects two of these incredible structures high up in the air. 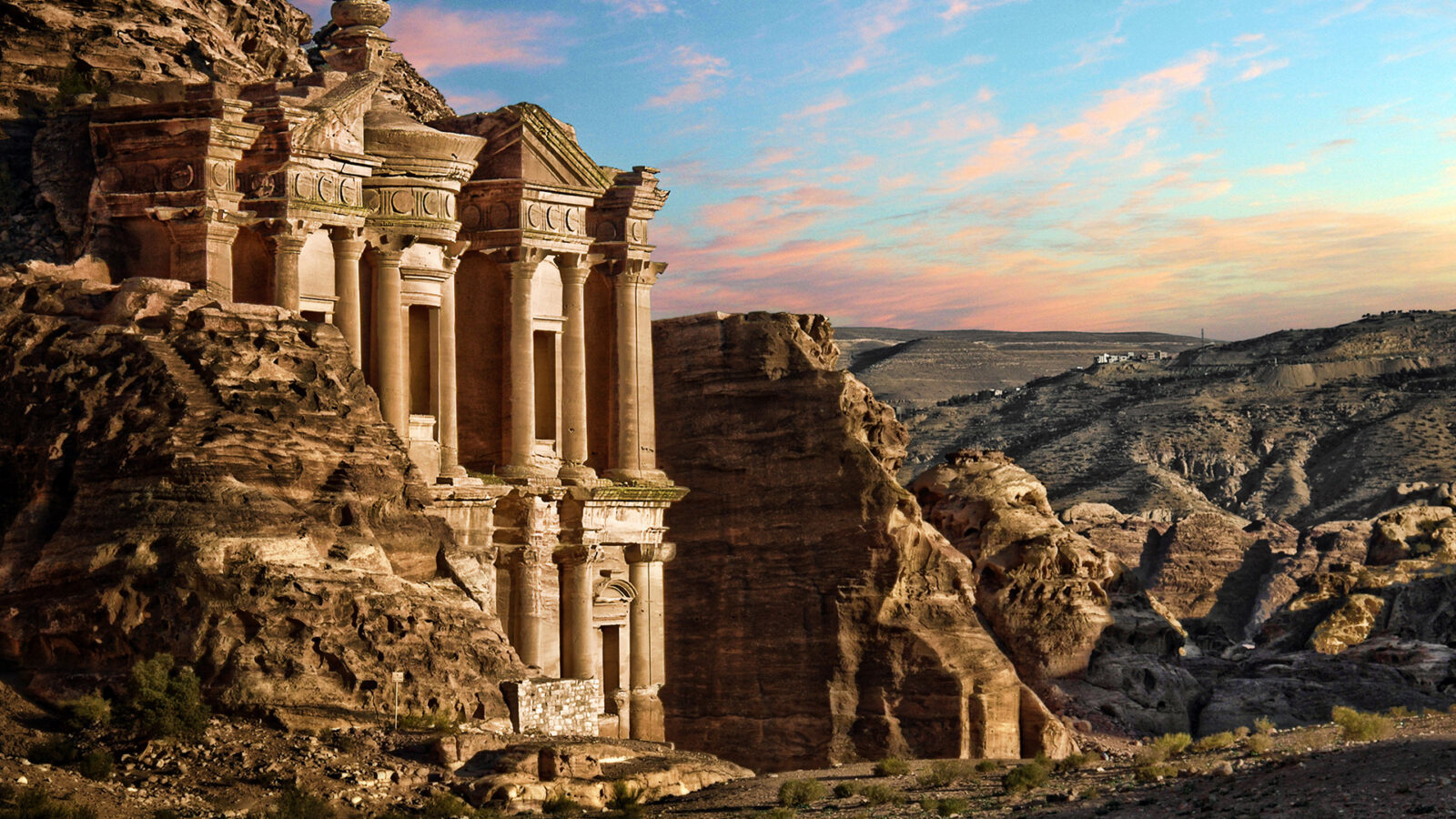 From Aqaba, the only coastal city in Jordan, it’s about a two-hour drive to the wonders of Petra. You can rewatch Indiana Jones and the Last Crusade all you want, but this is a place that has to be seen to be believed. It’s extraordinary – a vast city carved into the sheer rock face more than 2,000 years ago. There’s so much to see, but the main attraction is undoubtedly the ‘Treasury’, Al-Khazneh – this is the place that you think of when you think of Petra: it’s the quintessential site/sight and one you will never forget. Petra is a World Heritage Site, one of the “New 7 Wonders of the World”, and definitely one for the bucket list. 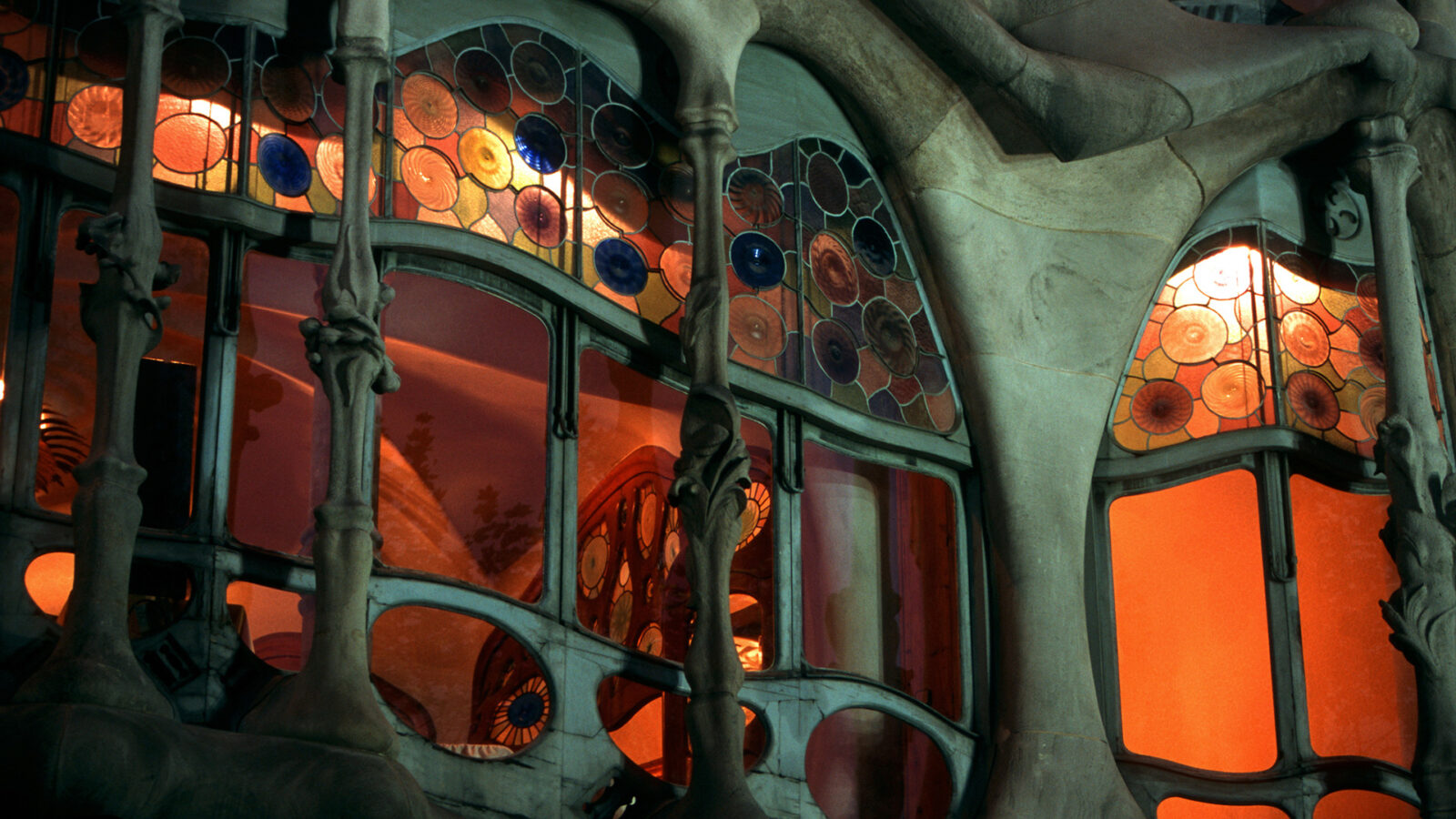 An iconic shot of Barcelona really needs to incorporate one of Antoni Gaudí’s instantly recognisable buildings and his unique take on the Art Nouveau movement. La Sagrada Familia is the most famous of all, but scaffolding might be an issue as the church is not expected to be finished until 2030 (it’s been under construction since 1892!). Originally built in 1877, Casa Batlló is a worthy alternative. Gaudí restored it in 1904 but his radical design was massively criticised at the time. Just two years later it was named one of the three best buildings of the year. These days, it’s a UNESCO World Heritage site and a legend in the world of architecture and design. 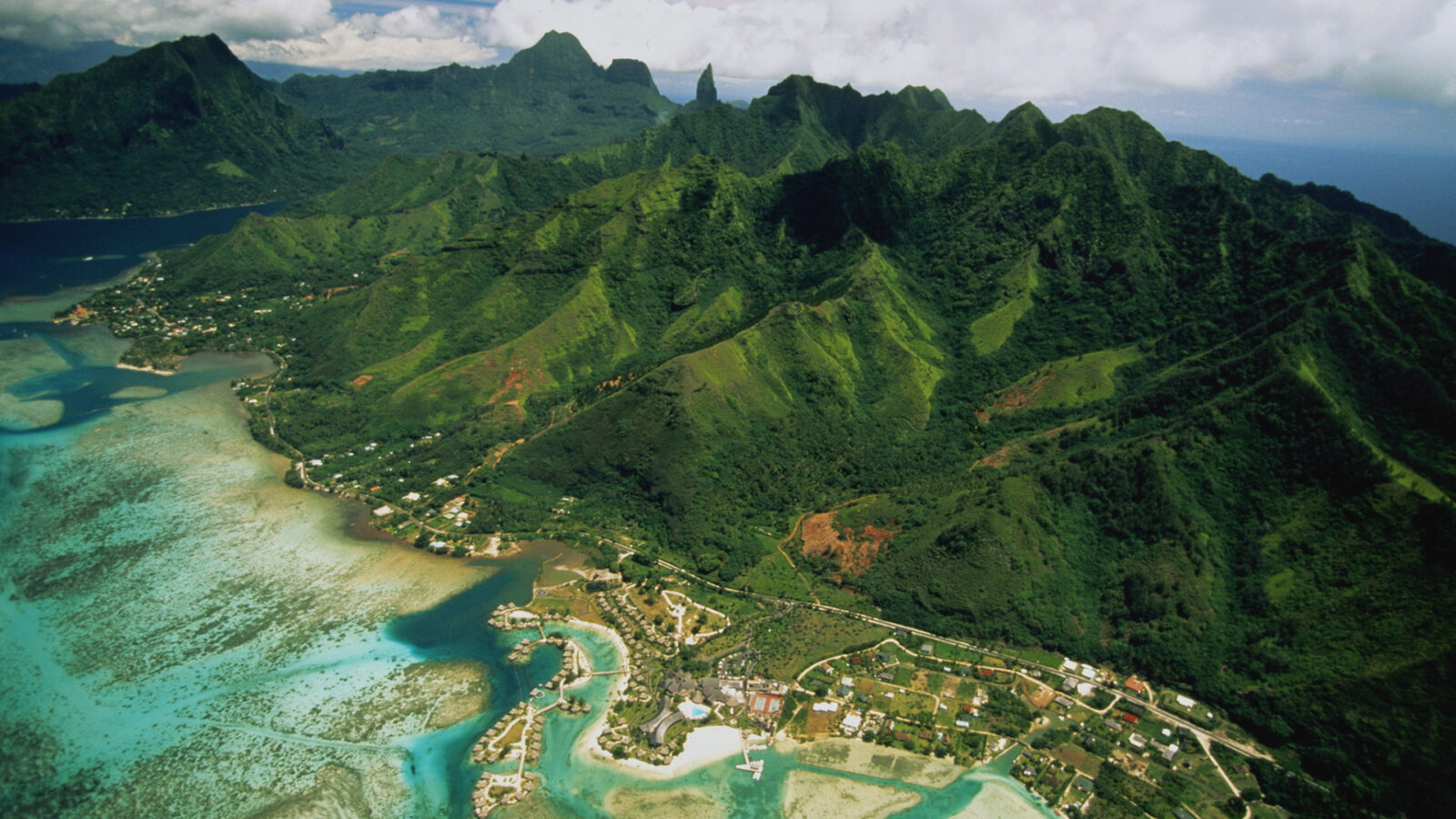 This gorgeous island in the South Pacific is part of the Society Islands archipelago in French Polynesia. If you’ve read James Michener’s Tales of the South Pacific, it will come as no surprise to learn that Mo’orea was apparently the inspiration for the mythical Bali Hai. Memories of the island’s turquoise waters and sandy beaches overlooked by jagged volcanic mountains will stay with you forever. (Okay, so you’ll need to hire a helicopter to get this exact shot, but you can see how exquisitely beautiful the island is, and there are plenty of other amazing photo ops!). 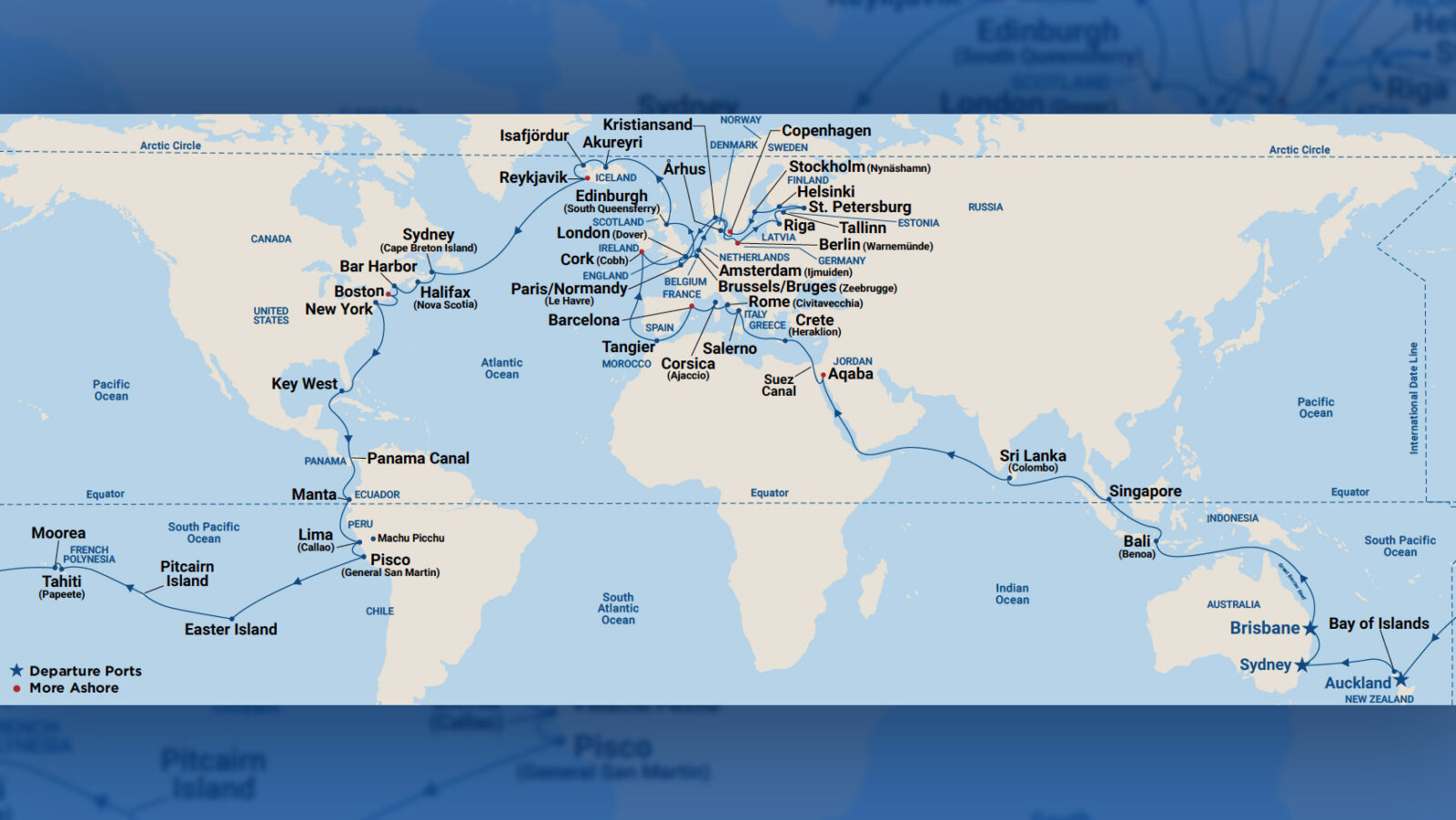 Click here to learn more about this once-in-lifetime voyage (and be sure to pre-register your interest if you’d like help securing a cabin).

Would you consider a cruise this long? Which of these many (many) destinations are high on your bucket list?