Considering downsizing? Why now could be the right time to strike 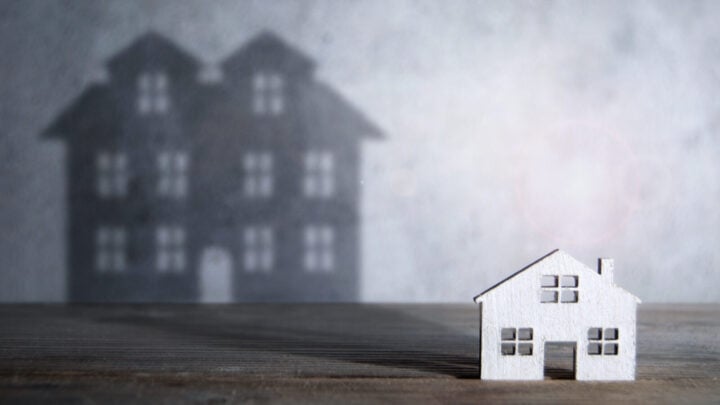 With the housing boom forecast to start slowing down midyear, now could be the right time to sell. Source: Getty

If you’re thinking of downsizing your home, now could be the time to strike. The housing market is booming across the country, and with a forecasted slowdown in growth on the horizon experts say those looking to sell would be wise to do so soon.

Property prices soared across Australia throughout the first few months of 2021 with buyers battling it out over a shrinking pool of properties, driving prices to eye-watering heights. According to Matthew Hassan, senior economist for Westpac, March posted the biggest gain in dwelling prices in 32 years with the first quarter of the year seeing a 5.6 per cent jump across the major capitals.

However, experts are predicting housing prices may have peaked, with new modelling from Westpac’s Housing Boom Price Gain report showing growth is expected to slow from mid-year for four key reasons.

Westpac says last year’s surge in demand caught the market off-guard with many sellers choosing to hold off listing their properties until this year. Now, these sellers are “coming back strongly” in a bid to take advantage of the price boom, which means the supply is slowly starting to meet the demand.

According to a report by CoreLogic, between March 21, 2021, and April 18, 2021, 26,470 newly advertised capital city properties were added to the market, which was the largest number of new listings for this time of year since 2016. The property insights organisation says that while numbers are improving, they still sit -17.5 per cent below the five-year average, which implies buyers are still likely to feel some urgency, but the lift in stock additions should gradually support a rebalancing between buyers and sellers, especially if buyer activity slows as new supply levels lift.

Along with sellers returning to the market, a significant lift in new building activity will gradually add to overall supply levels and help assist with the increase in demand. According to CoreLogic, approvals for new dwelling constructions are at record highs, and dwelling commencements over the December quarter were almost 20 per cent higher than a year earlier and 5.5 per cent above the decade average.

While the supply levels may be on the rise, Domain has warned that there are a few “greedy” sellers who are taking advantage of the current desperation in the market. Debbie Donnelley, PPD Real Estate partner, told Domain there were a few opportunistic sellers testing the waters by throwing property onto the market with “stupid, silly figures” – with the mindset “if I get x million, I’ll sell”. According to Domain, a house in Marsfield, NSW, that sold for $1.72 million in November sold again just five months later for $2.74 million. Another in Balgowlah, NSW, with a reserve of $1.9 million, sold for $2.624 million.

The sharp increase in prices is slowly starting to discourage buyers, particularly first home buyers, with Westpac seeing early signs of a pull back on its Time to Buy a Dwelling’ index, noting a 20 per cent decline from its November high. Hassan said the index has so far proved to be incredibly reliable, saying it “has correctly picked every twist and turn in Australia’s housing market since the early 1970s, usually with a lead of three to six months”.

The findings are reiterated in a Savvy survey of 905 Australians; nine out of 10 agreed that property prices were becoming unaffordable, while 32.9 per cent are “very worried” the current housing market is out of the reach of ordinary Australians.

Westpac also noted the effect that high prices have on people’s borrowing capacity and loan serviceability assessments, which become harder to meet as prices rise. Hassan said both are still largely determined by incomes and variable mortgage rates, rather than the lower fixed rates.

While a pull back from buyers and an increase in the number of properties on the market will affect prices in the long term, Hassan says it’s unlikely to be enough to bring an end to the property boom entirely. The Westpac economist said an expected lift in investor activity and a subsequent tightening in macroprudential policies (a fancy term for the analysis of risks in the financial system) will need to come into play first before a substantial change in property prices is seen.

“Australian Prudential Regulation Authority and the Reserve Bank of Australia may be comfortable with the way things sit now but their tolerance will be tested in a year’s time when prices have put on another 10 per cent, credit growth is around the pace seen when they last intervened in 2015-2017, household leverage measures are high and rising, and investors are much more active,” he said.

Hassan suggested the precise response of the authorities will be dependent on exactly how the situation develops, however he tipped these would include caps on loans that are considered “risky” by banks, limits on aggregate lending growth for investors, and even ‘micro-prudential’ changes to guidelines for loan assessments for individuals.

CoreLogic however, suggests that it is unlikely the record low-interest rates will be going anywhere anytime soon, with the RBA reiterating its view that the cash rate won’t lift “until 2024 at the earliest”, which will likely keep upward pressure on housing values.

The final reason Westpac suggests a slowing of the market is the potential oversupply of property, however, the bank doesn’t expect it to be a problem until 2022. Despite a current demand for property, our population growth has stalled for the first time since 1916 due to closed borders and stalled overseas migration. With the population growth slowing and new building projects at a high, the Hassan suggests we will exceed population-driven demand.

“We are likely to see over 180,000 dwelling completions this year while ‘underlying demand’ over 2020-22 tracking around 80,000 a year at best,” Hassan said. “For now, this does not appear to be a major issue, partly because much of the nation is coming off an even longer period of underbuilding (Sydney and Melbourne’s highrises being notable exceptions). However, the longer the combination of stalled population growth and strong building goes on the more susceptible we are to more widespread imbalances and oversupply problems.”

Are you considering downsizing?