Remembering The Beatles’ troubled tour of the Philippines 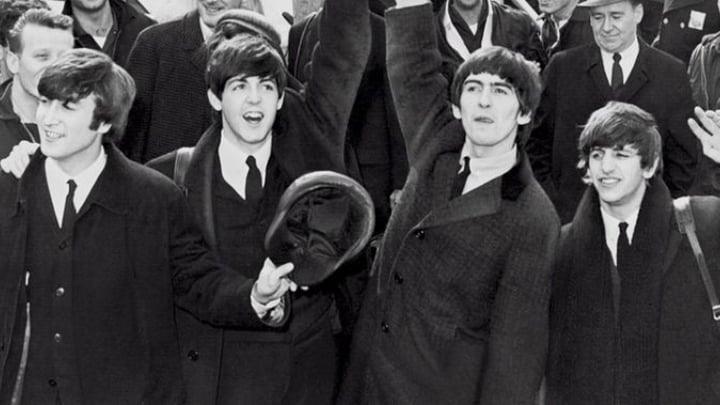 The Beatles were on their world tour when the controversy happened. Source: Getty

The Beatles toured Germany, Japan and the Philipines between June 24 and July 4, 1966 — a total of 13 concerts and the start of their world tour. On July 3, The Beatles arrived at Manila International Airport to some 5,000 screaming fans. The country was under the rule of Ferdinand Marcos, and the group’s visit was troubled from the beginning.

It was on July 4, 1966, The Beatles misunderstood an invitation to visit the Marcos family while in the Philippines. It had been reported in the Manila Sunday Times that President Marcos, the First Lady and the three young Beatles fans in the family had been invited as guests of honour at the concerts. The newspaper went on to say that the group would “personally follow up the invitation during a courtesy call on Mrs Imelda Marcos at Malacañang Palace”. However, no one in The Beatles’ saw the newspaper until it was too late, and the visit had not been included in their itinerary. As a consequence, President Marcos removed all protection previously given to the group while in the country. They were lucky to escape serious injury when they were attacked by angry crowds in Manila.

On July 18, Bobby Fuller was found dead in his car, though the exact circumstances surrounding his death were never really discovered. Mystery still surrounds the death of the popular Texan rocker. The autopsy report, Fuller’s face, chest and side were covered in ‘petechial haemorrhages’, but there were no bruises, no broken bones and no cuts. The cause of the death was given as asphyxiation, though some believe he was murdered. As the leader of The Bobby Fuller Four he had a top 10 hit with ‘I Fought The Law’, written by Cricket Sonny Curtis.

Georgie Fame and The Blue Flames had their second number one single with ‘Get Away’ (it reached number 40 in the Australian charts). The group was a major force in early bluebeat/ska at London’s famous Flamingo Club. Before that they were a backing group touring with acts such as Joe Brown, Gene Vincent, Eddie Cochran and Billy Fury. Their first chart success was ‘Yeh, Yeh’ their first number one in the United Kingdom (reaching number 14 in Australia number 14 and number 21 in the United States). Their third UK number one came in 1967 with ‘The Ballad Of Bonnie And Clyde’ (charting at number 4 in Australia and number 7 in the US).

After months of preparation The Easybeats were off to London. Days before the group’s arrival their latest Australian single ‘Come And See Her’, was released without making much of an impression in the UK. Next month they assembled at London’s famous Abbey Road with The Kinks and The Who producer Shel Tamly where four new songs were recorded, including ‘Friday On My Mind’, which was their biggest worldwide hit. In Australia ‘Step Back’, a song written by The Easybeats’, Stevie Wright for Perth pop star/ TV personality Johnny Young became the biggest selling Australian single since Slim Dusty’s ‘Pub With No Beer’.

The Adelaide group The Twilights won the prestigious Hoadley’s Battle of the Sounds, the prize being a working boat trip to England and a chance to hit the big time in the UK.

July 1966 was also when Normie Rowe has his last big Australian hit. After singing with The Thunderbirds, Rowe became a regular on TV and with his new backing group The Playboys have their first Australian hit, ‘It Ain’t Necessarily So’. They would follow up with the Australian biggest seller of 1965 Doris Day’s ‘Que Sera Sera’ backed by a cover of the Johnny Kidd & The Pirates’ ‘Shakin’ All Over’. After a brief spell in the UK, Rowe returned to do National Service in Vietnam, but with his return to civilian life he found it hard to regain the profile of his early career. Rowe’s other Australian hits were ‘Tell Him I’m Not Home’; ‘The Breaking Point’; ‘Ya-Ya’; ‘It’s Not Easy’; ‘Oh-La-La’; ‘Pride And Joy’; and ‘The Stones That I Throw’.

The number one hits in the United Kingdom

The number one hits in the United States

The number one hits in Australia

Do you remember when The Beatles caused chaos in the Philippines? What was your favourite song from July 1966?